Oiled Wildlife Preparedness and Response: Reflecting on the past and planning for the future

When I first got involved in oiled wildlife response over 20 years ago, there had been some significant oiled wildlife incidents related to now-infamous ship spills – the Erika in France, the Treasure in South Africa, and the Prestige in Spain (and France).

While IFAW did submit claims for compensation following these responses, they were never sure of reimbursement. Instead, they relied on the support of their donors. At the time, there were no other stakeholders providing support or funding for these international response efforts, which often operated outside of the standard oil spill response structure.

While there was often a lack of structural funding, there were several expert organisations with highly skilled responders. In the U.S. for example, the Oil Pollution Act of 1990 helped ensure effective response efforts and mandated that those responsible for the spill must restore the environment, including wildlife. Thus organisations like Tri-State Bird Rescue & Research and International Bird Rescue became increasingly recognised for their expertise and integrated into local planning efforts. The same was true elsewhere, such as SANCCOB in South Africa and the RSPCA in England and Wales, both having a long history of responding to incidents at home.

These professional oiled wildlife response organisations had a tremendous amount of experience. Still, as non-profits continually striving to secure funding and support, they needed a vehicle like IFAW to help get their expertise where it was required when major oil spill incidents occurred in other parts of the world.

And so, the IFAW Emergency Relief Oiled Wildlife Team was born. A partnership between IFAW and International Bird Rescue that also involved many other specialist organisations in responding all over the world. This included the now-famous international effort in 2000 to rescue 20,000 African penguins oiled by the sinking of the MV Treasure off the coast of Cape Town supporting SANCCOB, the local response organisation attempting to deal with this historic oiled wildlife incident. 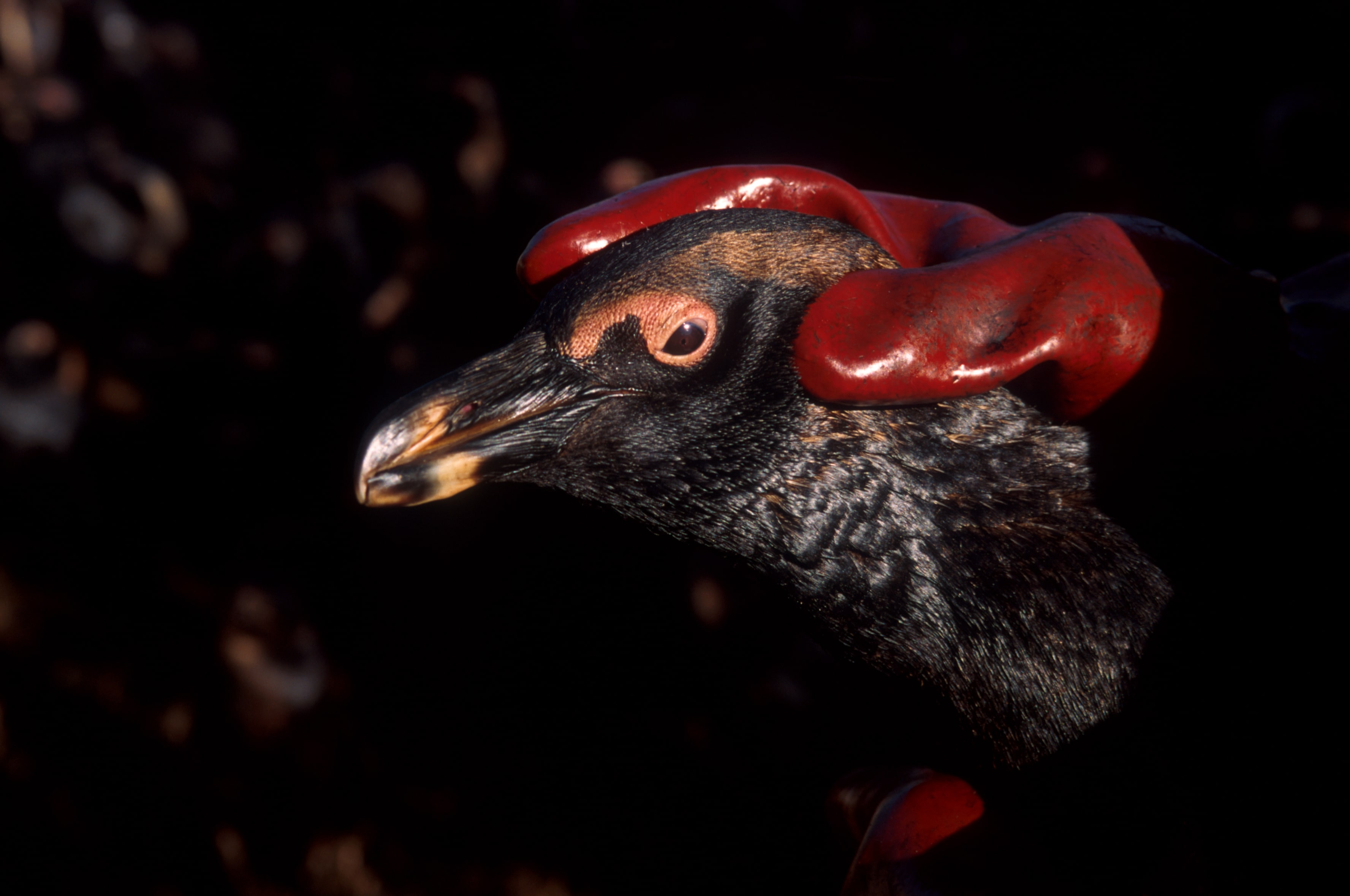 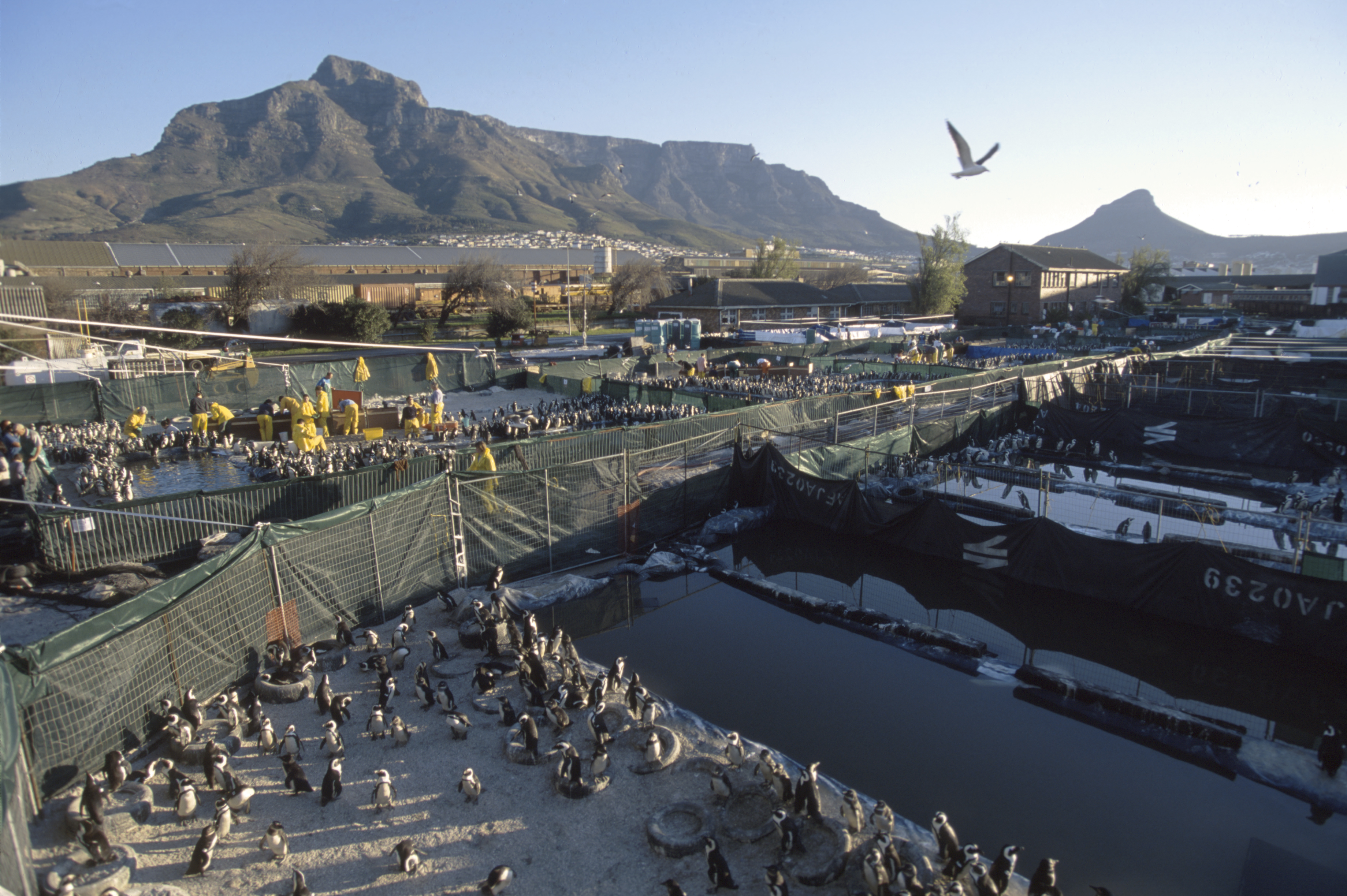 Figure 1: The Treasure Spill in 2000 threatened a large percentage of the endangered Africa penguin population ©SANCCOB

Just a handful of experienced oiled wildlife responders made an unbelievable difference to each one of these challenging large-scale responses. They were creative, ingenious, resourceful, and determined. Very often they would win over the local responders in a way that would shift their thinking about animal care in a response and inspire them to initiate preparedness efforts afterwards to be more trained and ready to respond in the future. It was the Tier 3 'force multiplier' effect in action. 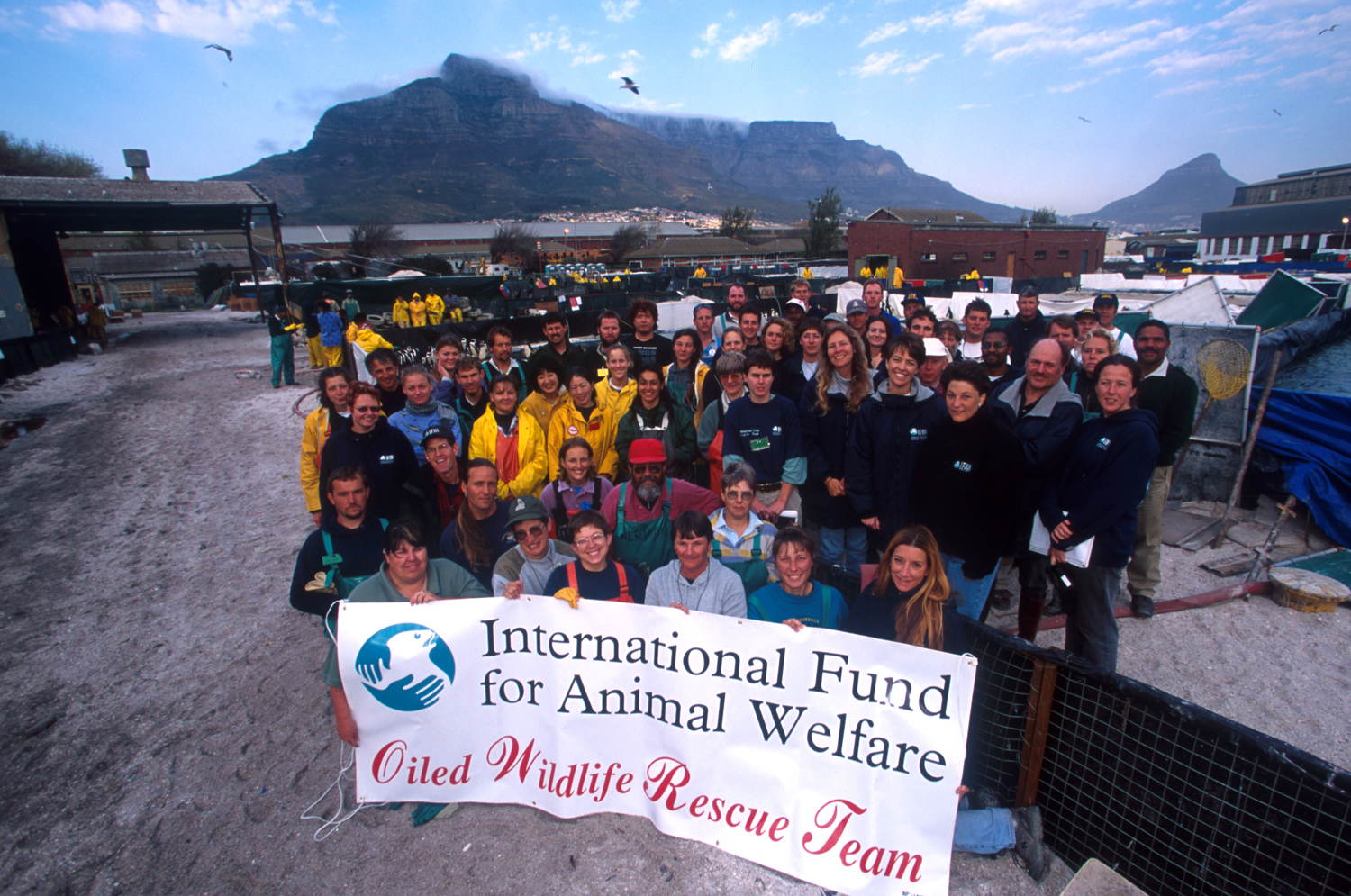 Figure 3:  The IFAW Emergency Relief Team (a partnership between IFAW and International Bird Rescue) assembled an international team of experts to support SANCCOB in the large-scale response to the Treasure spill ©SANCCOB

When IFAW brought different oiled wildlife response organisations together to help during an oil spill, it wasn't without its challenges. Oiled wildlife responders are passionate, dedicated people and many organisations had developed their own animal care protocols and standards over the years. Trying to negotiate agreements on common care principles in a life and death situation for animals could be tense and challenging and sometimes led to heated debates.

However, despite these differences, over the years, the oiled wildlife response community have always come together to explore how they could better collaborate and agree on common approaches ahead of the next incident. The idea for a formal international network (something that has come to fruition as a result of the industry-funded GOWRS Project) was first attempted more than 20 years ago, without industry or other support. 'The Alliance' – so named then – lost momentum without the resources to keep the effort going, but the desire to collaborate never went away.

Improving the collaboration between organisations and the preparedness to respond was something IFAW actively supported. Regional and national government initiatives also helped further professionalise the field such as the Oiled Wildlife Care Network in California and the National Oiled Wildlife Response Team in New Zealand, coordinated by Wildbase at Massey University. Additional organisations also emerged out of these collective international efforts, such as Focus Wildlife in the U.S. and Canada, and Aiuká in Brazil.

In Europe, the Sea Alarm Foundation was founded to improve cooperation amongst wildlife response organisations, such as the Wildlife Rescue Centre Ostend in Belgium and PRO Bird in Germany, and to support better integration with and recognition from government and industry stakeholders.

The formal collaboration between Oil Spill Response Limited (OSRL) and Sea Alarm that began in 2005 was a milestone in that respect – providing OSRL’s Members with access to Sea Alarm's technical expertise while also enabling Sea Alarm's mission to advance oiled wildlife response preparedness by improving standards and cooperation.

Since that time, Sea Alarm has worked tirelessly to support oiled wildlife responders and the development of the field. They have achieved this by bringing together the funding and expertise to pull off pioneering, collaborative projects that have created a legacy of good practice standards - and goodwill - amongst varying government, industry and non-governmental stakeholders.

Fast-forwarding to 2012, Sea Alarm brought together some of these leading oiled wildlife response organisations. The aim was to discuss formal collaboration and to explore how they might work together to meet a growing industry need to integrate oiled wildlife response preparedness into their incident management systems following the Macondo (Deepwater Horizon) oil spill.

OSRL and Sea Alarm invited all critical stakeholders to a meeting at the Interspill Conference in London that year, which sowed the seeds of what became the Global Oiled Wildlife Response System (or GOWRS) Project. To date, this project has led to internationally agreed standards and a standard operating procedure that enables a more cohesive approach to the notification and mobilisation of Tier 3 oiled wildlife response resources. 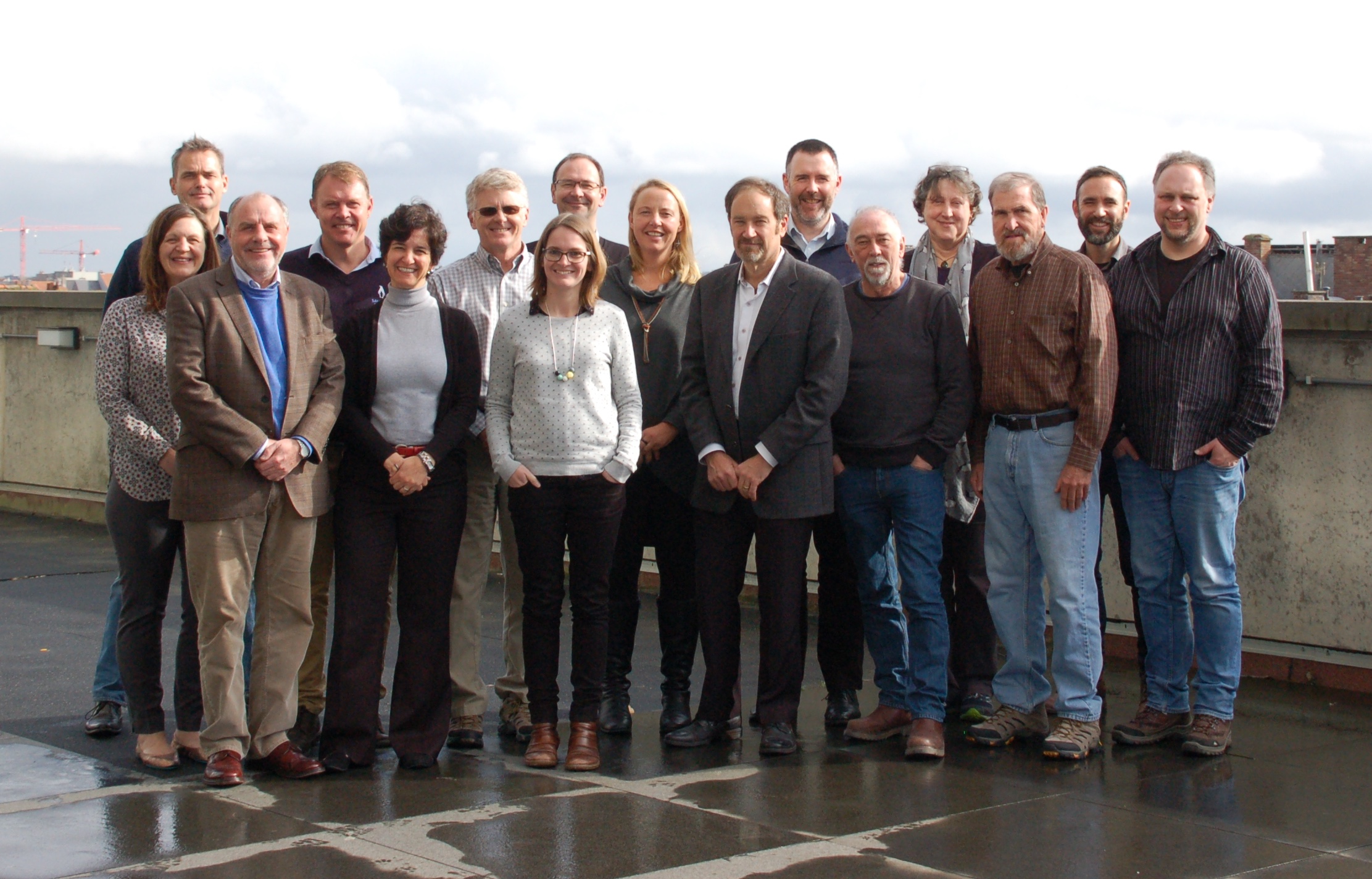 The oiled wildlife response community were finally able to establish an international network and to propose a collectively delivered response service to the industry - the GOWRS Tier 3 Oiled Wildlife Assessment Team. This initiative will become a live Supplementary Service in the future if there is enough subscription interest from our Members.

The fact that the integration of oiled wildlife response is considered a priority for OSRL in the coming years is a huge step forward for an aspect of oil spill response preparedness that has been historically underfunded. A general lack of sustained funding – based on an assumption that these volunteer organisations would always answer the call if asked to respond - has always been a primary concern and risk for the oiled wildlife response community. Especially in tough financial times, the continued existence of these specialist organisations - who collectively hold the knowledge and experience to make oiled wildlife response work - is far from certain.

The OSRL strategic plan aims to build on this multi-stakeholder journey to date and to consider the future priorities for oiled wildlife response preparedness and how we, as OSRL can best support that journey. The Plan's Four Strategic Aims encapsulate this mission:

Of note, Sea Alarm will continue to play a crucial role. Not only to provide technical expertise to all our Members via the Service Level Agreement, but to utilise the funding they receive from OSRL to further their creative and valuable work bringing industry, government and non-governmental stakeholders together.