We know that after our people, our aviation resources are the most vital service we provide, in terms of added value to our Members. Available through a mixture of global and regional models, we can mobilise these resources in support of three key areas; dispersant application, aerial surveillance and logistical support.

We recognise the importance of these services as response enablers, but also as service differentiators.

For many years, we achieved the above using the iconic Hercules L-382 aircraft. This provision helped to differentiate OSRL as a truly global Tier 3 oil spill response provider. The Hercules remains a highly versatile and effective platform, however they are not as widely available as they once were and with significant increases in maintenance costs and demands elsewhere for the Hercules within the aviation industry, other options were investigated.

In 2013, Oil Spill Response Ltd. (OSRL), teamed with British aeroengineering firm T2 Aviation—part of the 2Excel Aviation group—to deliver two modified ex-FedEx Boeing 727- 200s fitted with a dispersant delivery system with a capacity of 15,000 litres comprising internal tanks, pumps and a spray bar to deliver dispersant liquid (TERSUS), the first time a pure jet has been used for such a purpose. The successful completion of this project in 2016 marks a global first for both the oil spill response and aviation communities alike. The TERSUS Dispersant Delivery System is the first and only aerial dispersant system to be approved for operation from a large jet aircraft.

The Boeing 727 and the TERSUS Dispersant Delivery System clearly express our vision statement to "exceed the rapidly evolving needs of Members and associated need for broader response capabilities both in terms of geographical scope and technological span".

The collection of data through surveillance, and the analysis and interpretation of that data provides timely information to the Incident Command which improves situational awareness and promotes informed decision making.

In this way, the specialisms of surveillance, modelling and visualisation are inextricably linked as an integral part of our mission to provide resources to prepare for and respond to oil spills efficiently and effectively on a global basis.

A key part of our aviation capability is provided through supplementary agreements for specific areas of risk. In 2013, the UKCS service was upgraded.

The upgrade elevated our surveillance and communications capability in the North Sea to a new level. Technological improvements included the addition of a camera that can capture visual, infrared and ultraviolet data feeds. This is partnered with improved communications packages and mission control software, allowing OSRL's trained aerial surveyors to collect, interpret and share key information with Incident Command and operational assets while still airborne. 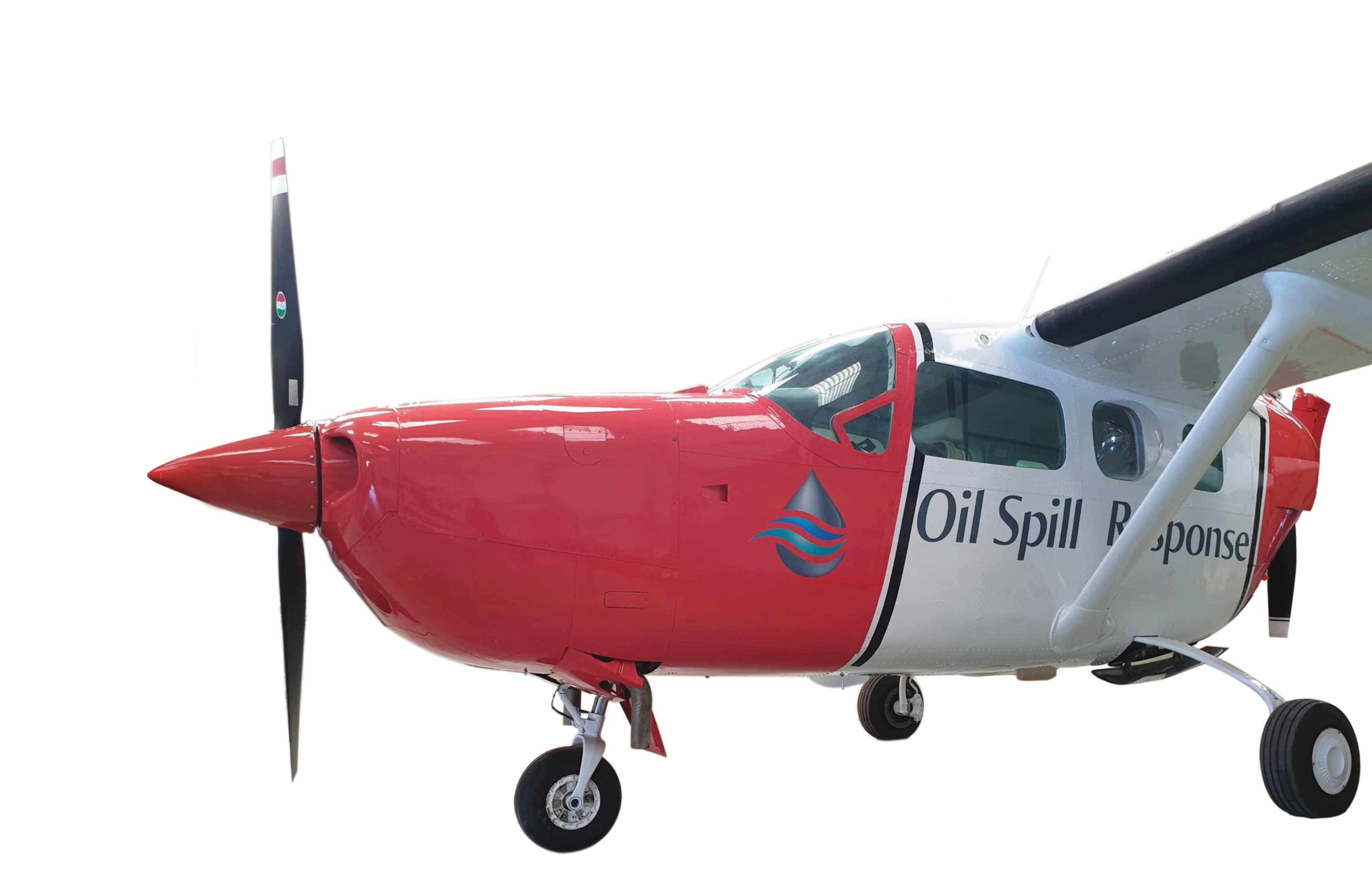