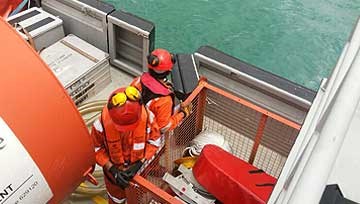 Oil Spill Response Limited (OSRL) provides our members with resources to respond to oil spills efficiently on a global basis. When activated, we form part of our client’s entire response efforts to reduce the impact of an oil spill. This quarter, we conducted four overflights in the North Sea, and responded to the spills below. 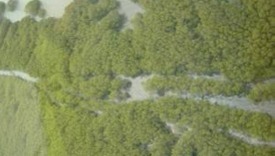 The assistance of OSRL technical advisors were requested upon discovery of small releases of Heavy Fuel Oil (HFO) from unused pipelines at a quayside.

OSRL deployed two advisors who did an assessment of the situation and provided advice on response techniques for all the impacted areas.

Plans were implemented to control decontamination areas and prevent secondary contamination, protect areas which may be affected by a change in wind direction for the following day, and devise methods to minimize waste collection.

Upon further small releases of oil at low tide, engineers and dive teams were deployed to investigate the source of oil. While the investigations were ongoing, containment solutions had been implemented and impacted sites were being cleaned up.

It was discovered that there was oil trapped under the dock, and it was released during low tide mainly as oil sheen. Access to this source required the expertise of a dive team which was managed by OSRL’s technical advisors.

OSRL also provided support to help oversee the other contractors working at dockside. A filter system was implemented to decant oily water collected from the dockside, and a decontamination facility was set up for the divers. OSRL also advised and assisted with high pressure cleaning, containment and recovery of oil at the berth.

Light fuel oil leak off the coast of Ecuador 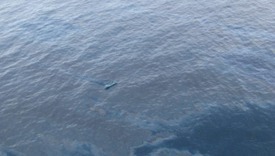 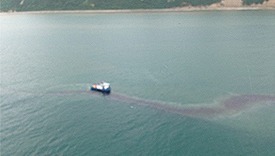 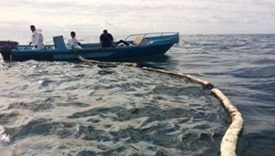 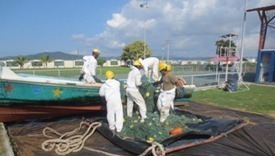 On June 10, a non-member contacted OSRL following a spill from a loading hose, which released an initial estimate of about 630 barrels of light fuel oil.

OSRL provided a modeling report (Trajectory & Evaporation) and an Incident Manager (IM) was deployed on scene. Upon arrival, the IM conducted an overflight and a boat ride to assess the situation and immediately provided all the necessary advice on response techniques for the impacted areas. During the course of the spill a total of 16 overflights were conducted.

Initially fearing that the oil could quickly impact coastlines, dispersant application was the initial and primary means of response with a total of 840 gallons sprayed from three different vessels. There were a few days of manual recovery from the water surface with absorbent pads and very little containment boom was deployed. Various fishing skiffs were contracted to deploy response personnel. The oil contaminated over one hundred local fishing skiffs which had to be subsequently cleaned. A decontamination site was set up to start the skiff cleaning for which the OSRL IM provided advice on the cleaning process and techniques.

All in all, the response was greatly assisted by the oil’s nature and trajectory. While it is not possible to quantify the amount of oil dispersed, visual color changes were observed after dispersant application. Furthermore, it is estimated that a third of Ecuadorian light crude would quickly evaporate under spill conditions. The remaining oil, after dispersion, evaporation and recovery, is believed to have flowed out to sea where it would undergo further weathering and remediation through natural processes. No coastline is known to have been impacted as of the writing of this article.

An investigation pends into the cause of the loading hose’s failure.