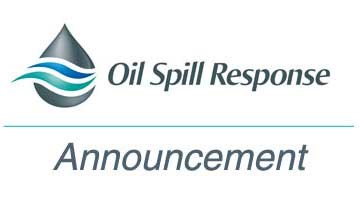 OSRL’s contractor, T2 now have an approved modification certification for our first B727;
G-OSRA, which has also been issued with its Certificate of Airworthiness. This allows the aircraft to fly but not in dispersant spraying mode. With the exception of the approved Operating License we are now ready to commence freighting operations.

The 2ndaircraft (G-OSRB) is being worked on and will be brought into service, as a back up for freighting operations.

The project is on track for delivery of a certified dispersant aircraft in Q2, 2015. As part of the detailed project plan activities conducted by the work group all opportunities to accelerate the programme are being explored. These opportunities have to be balanced with the associated risks and any decision will be made jointly by OSRL and T2 management.

Interim back up aircraft status

OSRL’s Hercules, supplied by International Air Response (IAR), which is normally positioned in Singapore, has been moved to Morocco to fulfil the specific requirements of the UK authorities for wide area dispersant cover. This Hercules asset with a dispersant payload of up to 15 tonnes has been backfilled by a 2 tonne capacity Embraer Bandeirante aircraft in Singapore.

IAR have been given assurances by the UK Civil Aviation Authority (CAA) that they can operate in the UK for up to 12 months despite the fact that they are not registered as an EU carrier. In order to improve operational efficiency and readiness they will re-locate to Cardiff airport w/c 8thSept. Cardiff offers excellent cargo and maintenance facilities and is a major maintenance centre for the BA fleet.

Three Hercules operators could potentially supply additional resources in the event of a spill. This includes IAR who hold an aircraft equipped with a dedicated dispersant spraying facility and two suppliers of L382G Hercules which can be fitted with the ADDS Pack or NIMBUS systems.

A non-binding written agreement has been reached to have access to a Safair Hercules L382G for an emergency call-out. To keep this current OSRL will conduct an exercise in 1Q15 in order to maintain the currency of the aircrew and OSRL personnel.

Similar agreements are being pursued with the other suppliers.