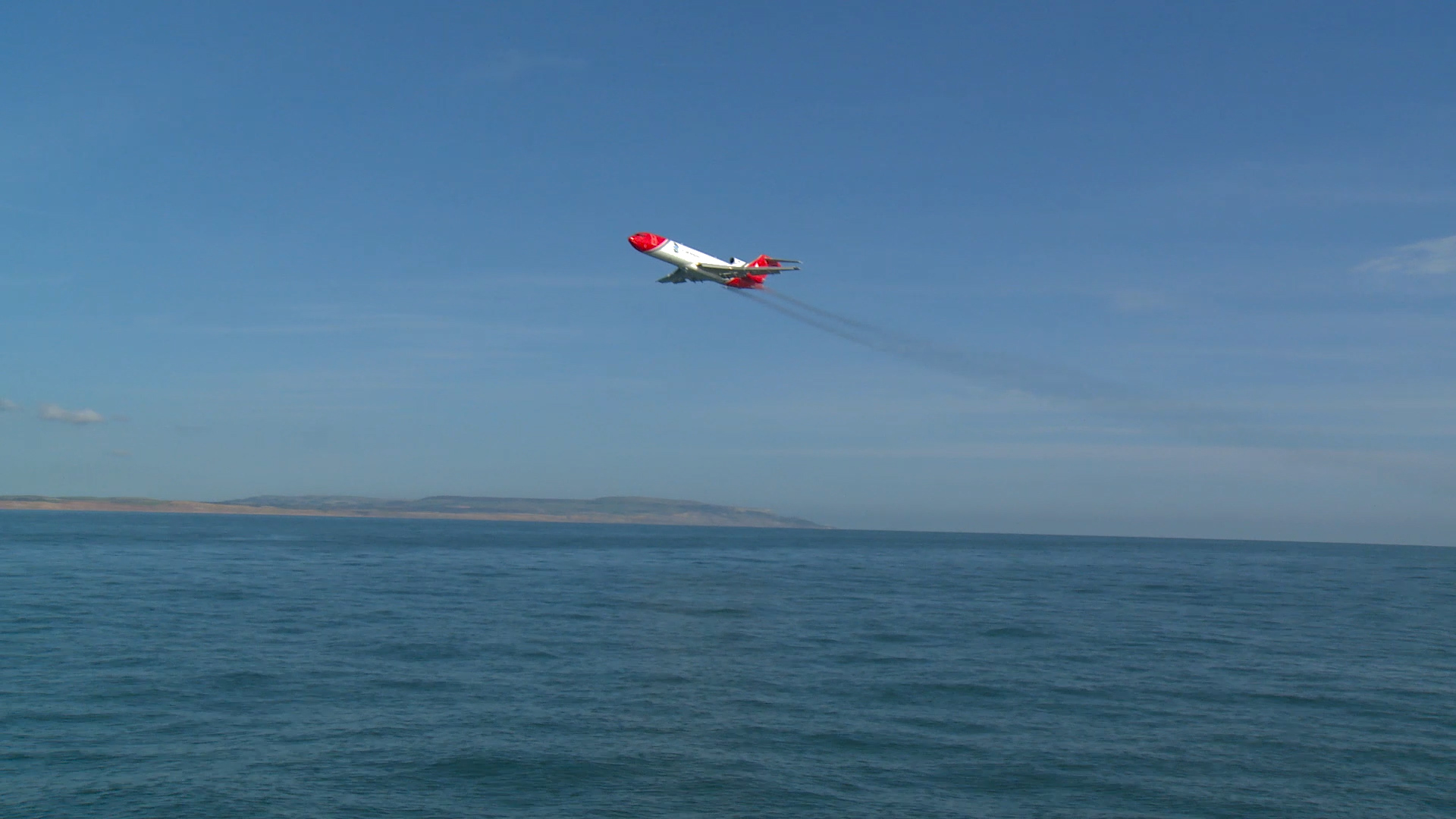 The Surface Dispersant Exercise is one we conduct twice yearly to provide our operational personnel with the opportunity to exercise their practical knowledge of surface dispersant application methods. This includes both vessel-based systems; spray arms and nozzles, and aircraft-based systems; TERSUS System inside the Boeing 727.  It also provides an opportunity to test OSRL’s reporting procedures, and outputs regarding the application of dispersant on the sea surface.

The exercise ran from 4th- 8th June in the English Channel off the south west coast of the Isle of Wight; U.K. This included half a day of theory which pulled upon the expertise of the dispersant, surveillance, and modelling and visualisation core groups. Several technical sessions were run which included a familiarisation of OSRL’s satellite capability, oil spill modelling interpretation, vessel mounted dispersant operations using the dispersant dosage calculator tool and a session on Special Monitoring of Applied Response Technologies (SMART) protocols explaining why and how we monitor for dispersant effectiveness.

Three days of practical exercise were also undertaken with the Boeing 727 and UKCS surveillance aircraft flying out of Bournemouth airport with the Earl 2 vessel and a RIB (rigid-hulled inflation boat) from the Southampton base to support.  The vessel team commenced boat spray operations using Alfedo nozzles and a vessel-mounted Boatspray system to conduct a ladder pattern covering the exercise area as well as undertaking fluorometry tasks. The Earl 2 released a fluorescein dye which would provide a visual marker for the Boeing 727 to target its spraying. The Boeing 727 arrived on-scene shortly afterwards and completed 13 spray runs with the UKCS surveillance aircraft directing spray operations. It used the fluorescein as a target as well as a shapefile of the spill which gave an augmented reality view of the slick on the waters surface for the systems operator.

The 24 OSRL personnel involved in the practical elements, both on the aircraft and onboard vessels, found the exercise very valuable in putting theory into practice and familiarising their knowledge and use of equipment. Three observers from the Maritime Coastguard Agency (MCA) and three from the International Tanker Owners Pollution Federation (ITOPF) were present and found the experience useful in giving them an appreciation of OSRL activities and how the equipment and aircraft operate. These exercises provide valuable insight and are a great opportunity for OSRL to build upon existing working relationships and to continue to build our expertise.