OSRL were fortunate to be invited by CEDRE* to observe a series of dynamic trials to assess the manoeuvrability and collection capacity of the High speed OilTrawl NorLense boom.

The System is a containerised operation system, controlled by one person with single point inflation of the boom. Meaning the boom can be deployed and recovered in a matter of minutes!

The week commenced with an in-depth brief on how the boom works and how it is deployed, once complete we moved onto the tests, which were broken down into 3 phases:

Day 1 - Static test alongside the Quay

Starting from the jetty, the boom was deployed in a matter of minutes and assisted into position using one of the vessels assigned to the trial. Once in the water a boom vane was used to keep one side of the boom open with the other secured to the jetty. After approximately 6 hours during slack tide, the boom was rotated through 180⁰, this was achieved very easily using one craft. 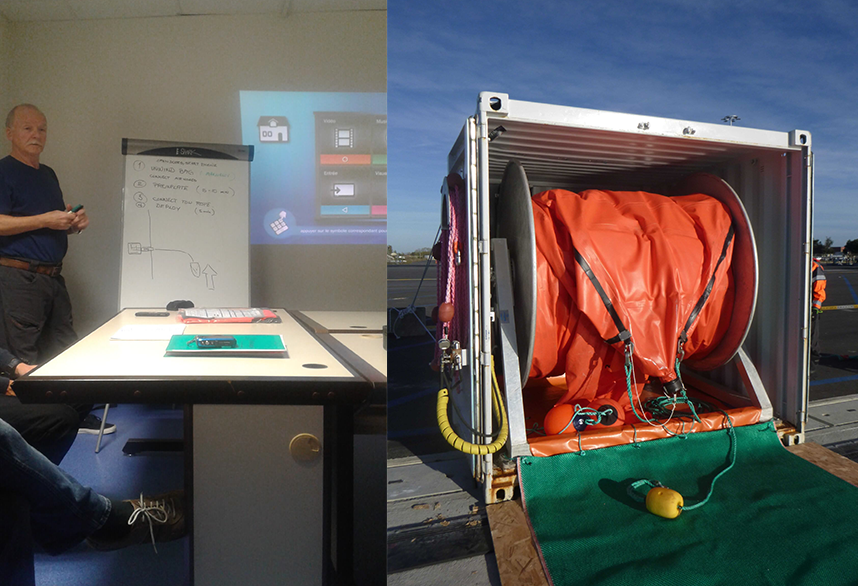 Due to the tide times the previous days debrief was conducted in the morning followed by a brief for the day’s activity using 2 boats to tow the boom on the river. The boom was deployed quickly and efficiently with the primary vessel, the Bonne Anse, picking up the boom in preparation to tow the system with FOST1 as the secondary vessel. The evolution went well with one minor problem, this occurred whist changing direction and resulted in one leg of the boom twisting and being submerged. The problem was quickly rectified by using the on-board crane to untwist the leg. 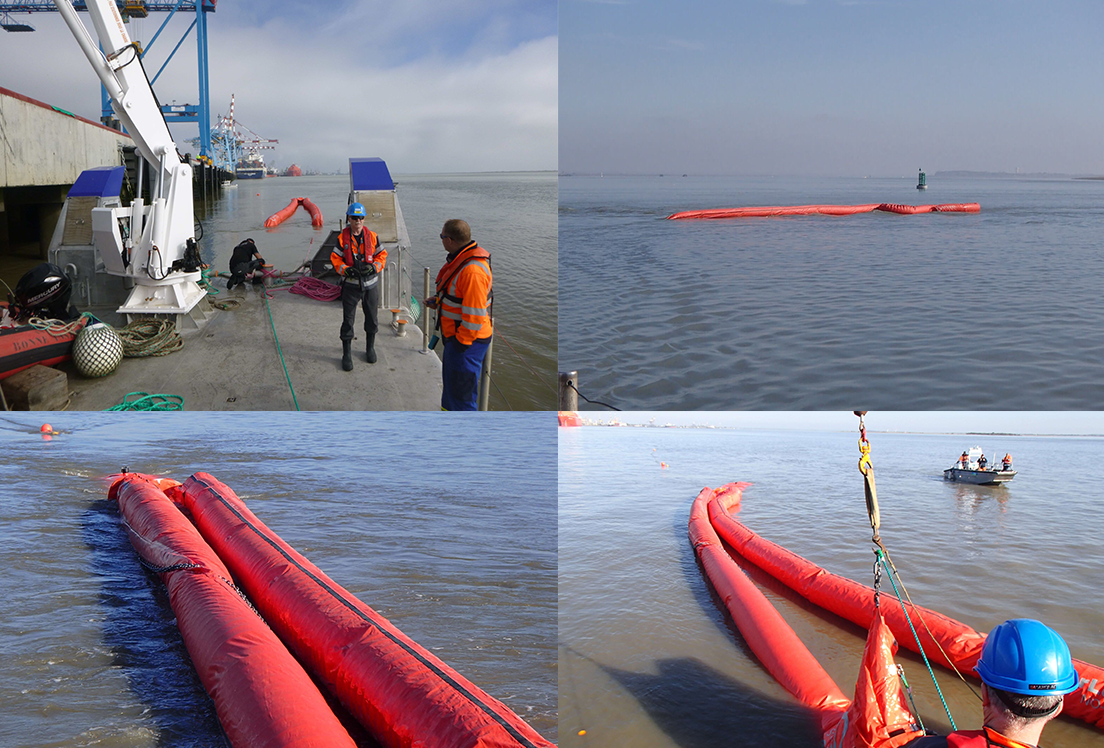 The boom was deployed seamlessly as per the last 2 days, and the tow configured to use the boom vane. Once the whole system was ready to use, popcorn was deployed into the water 300m upstream in order to conduct a behaviour assessment. The popcorn slick was trawled a number of times.

Once the majority of popcorn was picked up the boat accelerated and conducted zigzags to observe the retention behaviour. 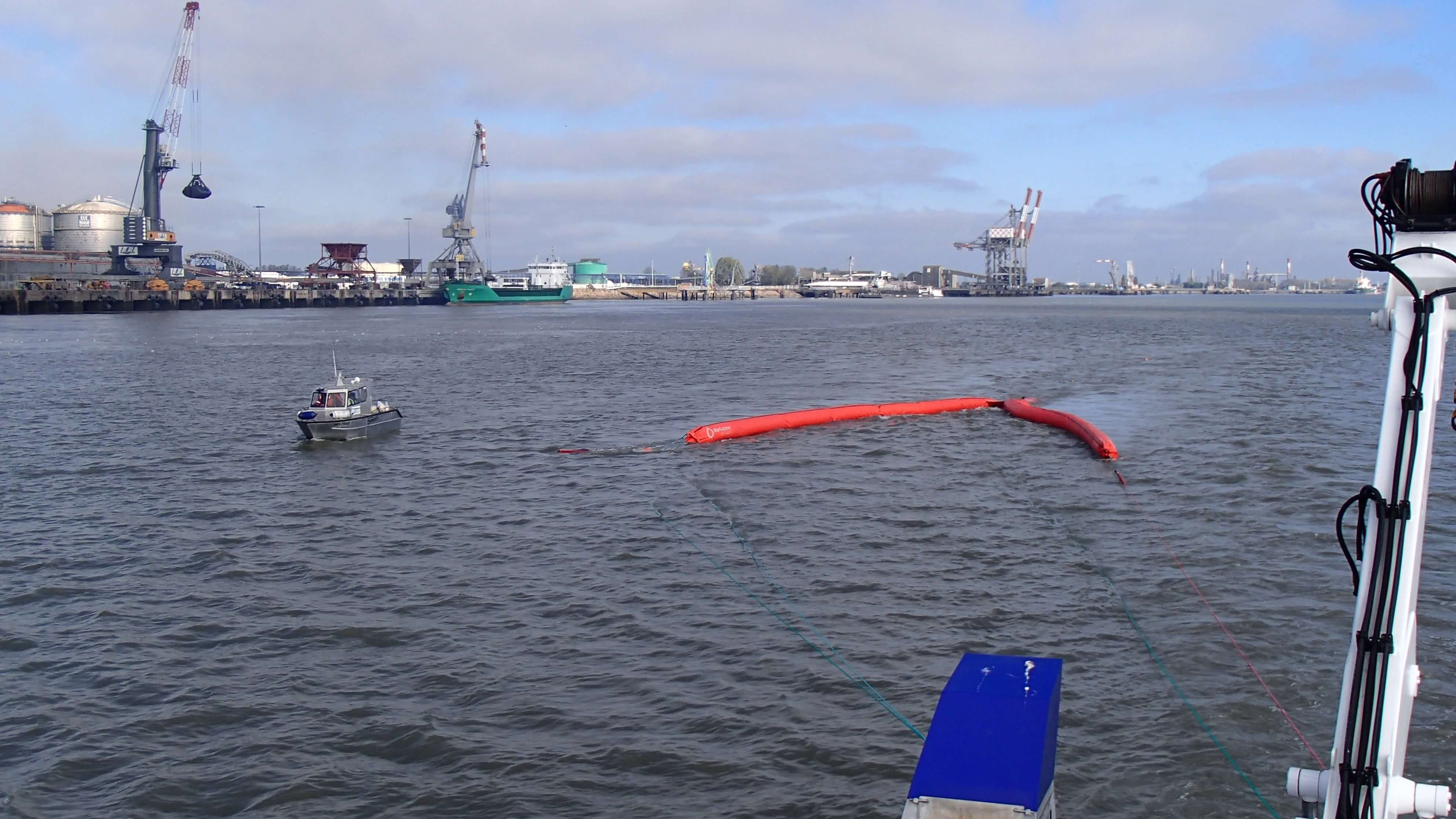 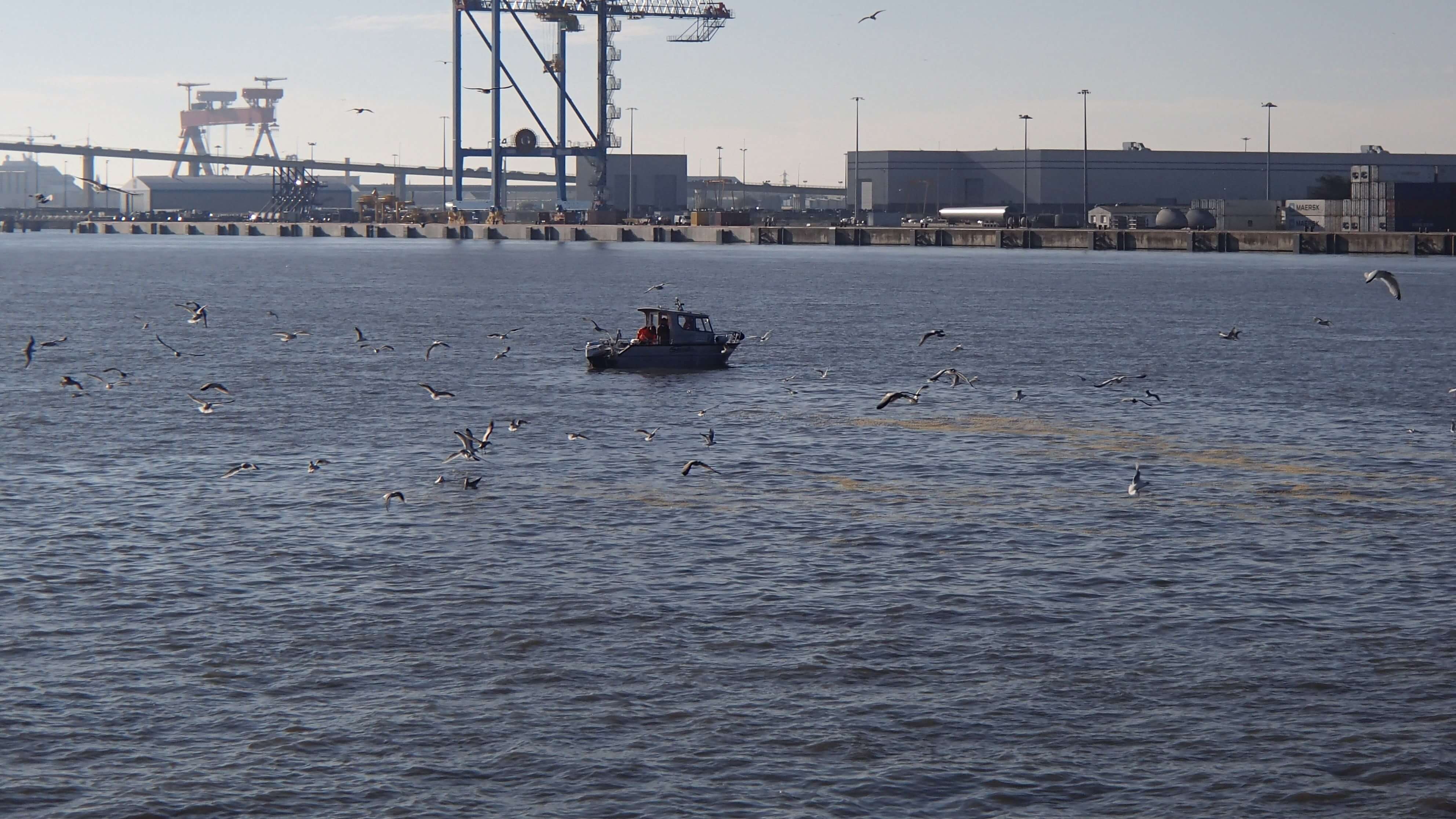 The boom performed efficiently throughout all evolutions with only small problems that were rectified quickly. Overall the week proved very valuable in maintaining close links with CEDRE and FOST.

*Centre for Documentation, Research and Experimentation on Accidental Water Pollution