There are three components to oil spill planning in Australia.

Oiled wildlife response plans have been developed for each State, Tasmania and the Northern Territory, noting that the Queensland plan is currently under review and some of the plans have not been updated for a considerable period. These plans set the minimum standard required for an OWR and some provide an overarching framework to integrate OWR between industry and government. Any industry spill that required a large scale OWR would require multiple stakeholders across industry and government to work in a coordinated manner to ensure the most effective response.  For some locations there are also regional plans which provide detailed regional information including priorities for protection, resources, and recommendations for response strategies.

The current plans available are however not operational, and for OWR planning to evolve, consideration should be given to each titleholder having an implementation plan specific to their activities. Each implementation plan should include first strike actions and provide the operational instructions for on-site staff while waiting for assistance (i.e. the first 24-48 hours of an OWR).

It is also important that any OWR implementation plan is aligned and integrated with the titleholder’s relevant OPEP and OSMP. This will ensure that OWR is fully integrated into the incident command structure. The decision to activate an OWR is likely to be informed by information from monitor, evaluate, and response activities associated with the OPEP and operational monitoring associated with the OSMP. Once activated, wildlife reconnaissance for the OWR can also occur as part of the implementation of surveys for the fauna related Operational Monitoring Plans (OMPs) undertaken to aid planning and decision making for executing spill response or clean-up operations.

OWR tactical response plans (similar to spill TRPs) could also be developed for remote locations in consultation with government, thereby providing a well thought plan specific to the location. The need for such an approach was recently made evident from a spill scenario involving Browse Island, perhaps the most remote location in Western Australia. The location specific OWR-TRP could capture some of the following:

The development of OWR-TRPs is particularly impertinent to off-shore islands.

OSRL considers oiled wildlife response and preparedness an important component of oil spill response and is working to enhance our support for members in this area. 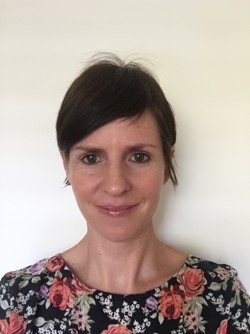