Oil Spill Response Ltd (OSRL) and its wildlife partners are today marking 10 years since key industry, governmental, and non-governmental stakeholders came together at a lunch meeting at Interspill 2012 in London hosted by OSRL and Sea Alarm, to discuss the “Future of Global Oiled Wildlife Response and Preparedness.”

Several important developments were catalysed by the 2012 event, including the foundation of the Global Oiled Wildlife Response System (GOWRS), a multi-year, oil industry-funded project to design an international framework for oiled wildlife response.

A new multi-stakeholder forum was created named the ‘Wildlife Preparedness and Response Community of Practice’ to support further implementation of wildlife response preparedness good practice by OSRL and Ipieca Members.

In addition, the GOWRS Project launched in 2012, is set to become a Global Oiled Wildlife Response Service in 2022, a Tier 3 Wildlife Assessment Team integrated into industry preparedness as part of OSRL’s guaranteed services to its Members.

OSRL, together with Sea Alarm and the GOWRS Network Steering Group* reconnected at Interspill 2022 to mark this important milestone. Ten years on from the 2012 event, this meeting provided an opportunity to bring all stakeholders together again, to reflect on developments to date and to assess the current strategic environment and future wildlife response preparedness priorities. The group assessed the progress on the objectives that were originally set out during the Interspill 2012 meeting and shared ideas for a future multi-stakeholder work programme to address remaining preparedness gaps.

OSRL CEO, Robert Limb, commented: “Today marks a very important milestone in the Global Oiled Wildlife Response Service. While the focus on the industry and governments has turned increasingly towards the transition to net-zero, the risk of oil spills remains from shipping and from oil exploration and production activities. The risk to wildlife is compounded by climate change and loss of habitat.”

He continues: “Today, in-country preparedness for wildlife response remains low in many parts of the world relative to oil spill preparedness. Improving the global preparedness picture and identifying countries or regions with high risk and low preparedness is, therefore, a key priority for the next decade and will require active support from all key stakeholders. Actively involving leading wildlife response organisations in these efforts will also help ensure the sustainability and resilience of the expertise and know-how needed to respond effectively when incidents do happen. Today’s meeting has been pivotal in ensuring we collect new ideas, thoughts and feedback and to gauge interest in working collaboratively to address the above challenges for the next decade and beyond.” 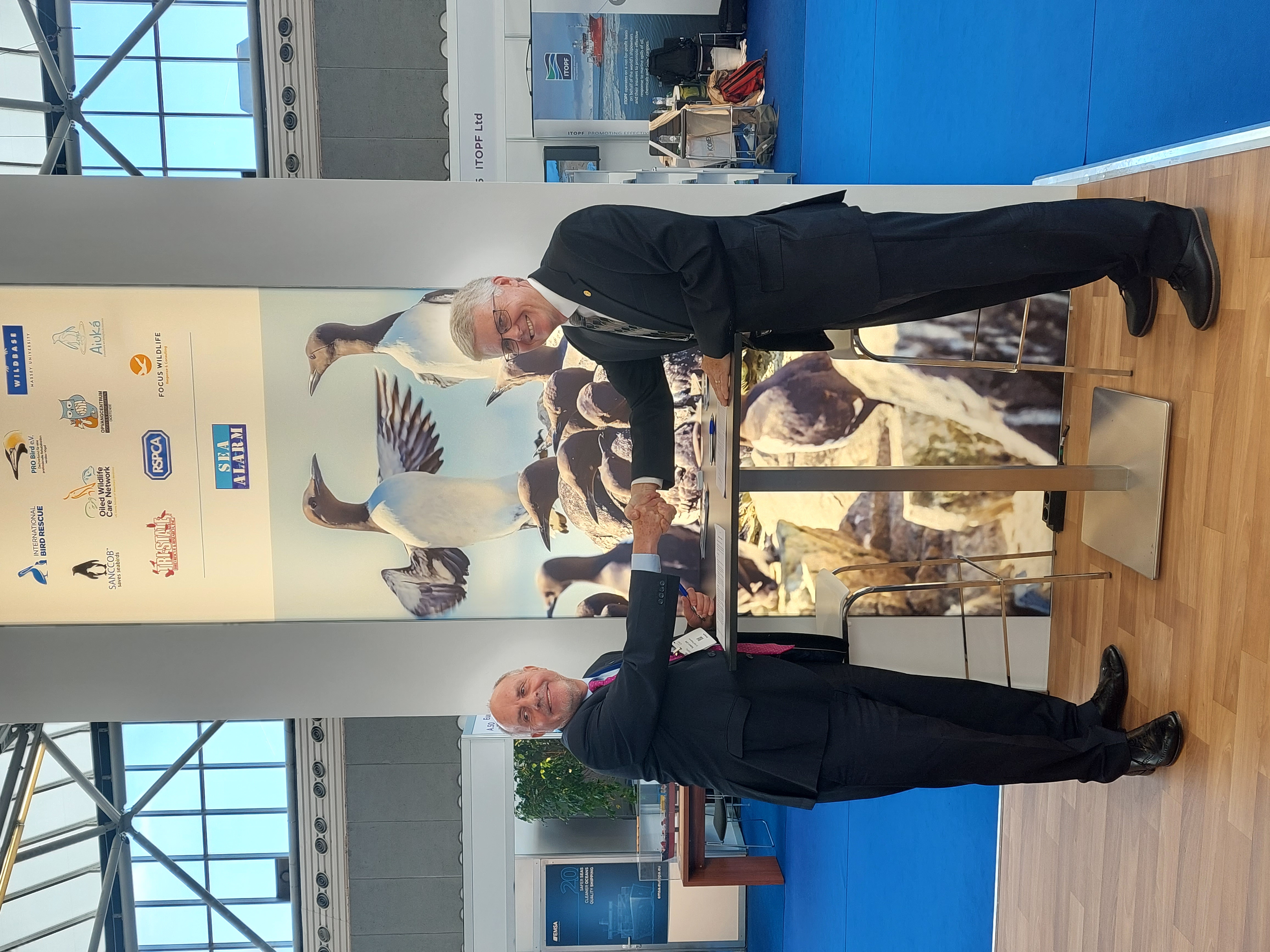 GOWRS will be available on a ‘best endeavours’ basis at first and will become a fully integrated part of the OSRL SLA services (along with Sea Alarm and OSRL’s wildlife response equipment) in due course. To commemorate GOWRS becoming an active service OSRL CEO, Robert Limb, and Chair of the GOWRS Steering Group, Dr. Michael Ziccardi, signed a Memorandum of Understanding at the OSRL Stand at Interspill.