Return of the Hercules C-130A aircraft to Singapore 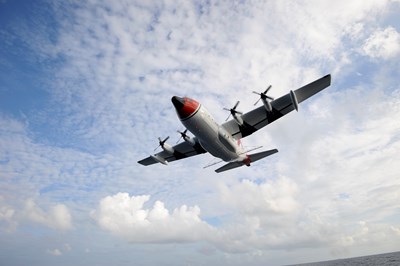 The C-130A Hercules, complete with a pre-installed Rapid Installation and Deployment Spray System (RIDSS) that has a maximum tank capacity of 13,000 litres of dispersant, has been integrated back into Seletar airport in Singapore. The C-130 Hercules registration N119TG will now replace the  Embraer EMB 110 Bandeirante aircraft stationed in Singapore as of January 1, 2016.

Various no-notice drills and exercises will be carried out in the next few months to ensure that integration is complete.

The Embraer EMB 110 Bandeirante aircraft was released on December 31, 2015 and will return to Nairobi, Kenya.

Our response capability in Europe, Middle East and Africa region will not be affected by this change.