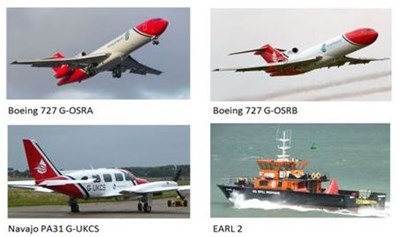 OSRL undertook a Triple Sortie exercise in September to validate the spraying capability of our Boeing 727 aircraft. The exercise also provided an excellent opportunity to test the coordination of spray runs between the 727s and the PA-31 Navajo aerial surveillance aircraft.

The exercise took place in the southwest of the Isle of Wight, with our response vessel, EARL II, depositing fluorescein dye to act as a simulated oil spill target for the spray mission. 16 intermediate bulk containers (IBC) of water were transported to the airfield for loading into the Boeing 727s before each sortie to act as the dispersant. These specially adapted jet aircraft are the first-of-their-kind compliant capability for the oil and gas industry; fitted with internal tanks, pumps and spray booms to deliver aerial dispersant on a global basis.

The highlight of the exercise was the successful low formation coordinated spraying mission using both the Boeing 727s and the PA-31 Navajo. This awe-inspiring mission would never be employed during an incident thought it clearly demonstrated the capability of the aircraft and the skill of the aircrews. 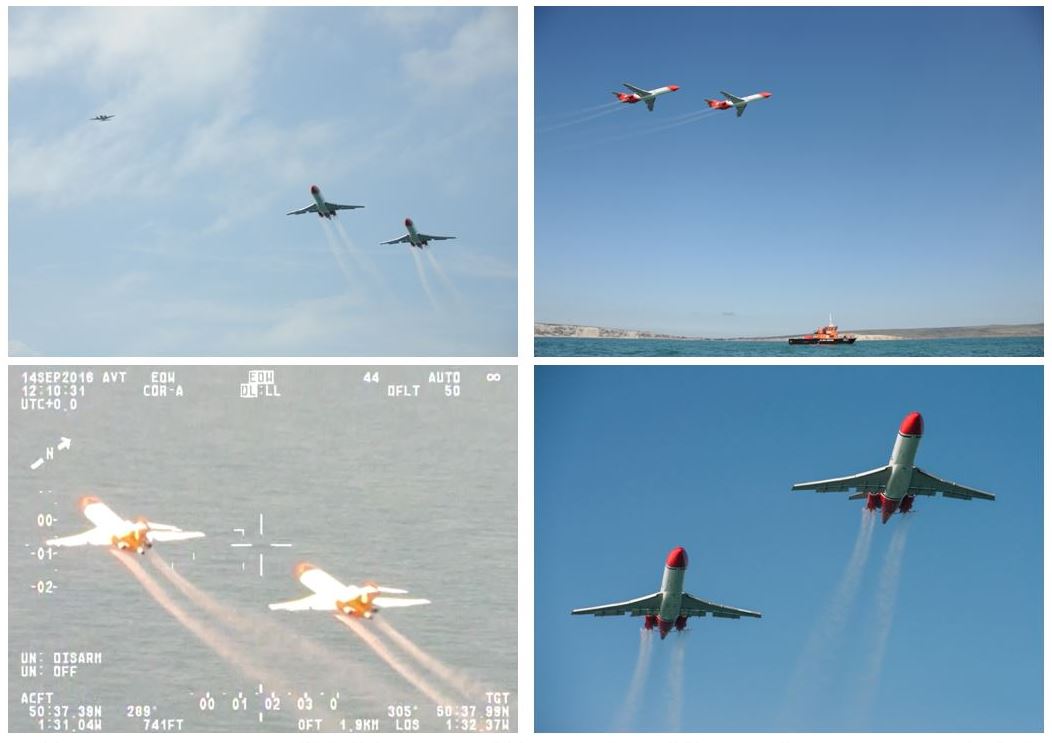 “Isle of Wight Radio listeners may have spotted our plane recently flying low over the Isle of Wight. It is part of our training and the development of our standard operating procedure. We are only spraying water. People may have previously seen a Hercules plane in years gone ago. Now, we are moving things forward with the Boeing 727 aircraft.”

OSRL gained valuable learning points from this successful exercise and would like to thank the crew involved and most of all, the residents of Isle of Wight for their understanding.