In recognition of our OIE Base opening 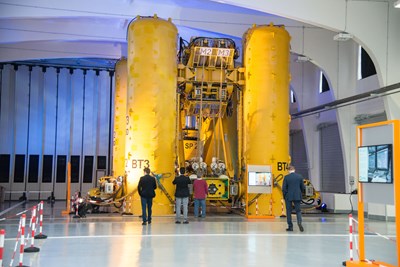 In recognition of the opening of our Offshore installation equipment base in Trieste we ask Roger Neate one of our Subsea Engineer's some questions.

What attracted you to OSRL?
In my previous role with an operator, OSRL had the SLA contract and I worked closely with several of OSRL Southampton team offshore and in the office. I liked the OSRL work ethic, how the staff where looked after and how staff engaged with the operators and trained people on the ground. Once the SWIS department was formed within OSRL, it was an obvious choice...especially as I live in Southampton!

What areas would you say you have a specialist knowledge in?
Flowback and containment are my key areas of expertise but I also have knowledge of well drilling, completion and intervention.

What has been your greatest achievement whilst at the company?

I'm not sure there's a single achievement but we've made a lot of progress in areas like cost reduction and maintenance optimisation, which we achieved by developing a closer relationship with our vendors.

What areas of future development interest you?

Strategic alliance development and client engagement are two areas where I believe there is still a lot of potential for wins in the future.

How have you been engaging with the wider response community outside of OSRL?

Absolutely, all the time. I was recently invited to attend the HWCG three-day exercise for stone energy in Houston, which was a great experience. I also just met with vendors working in the gulf who supply similar services to SWIS. Another example was meeting with the Marine Well Capping Corporation. We discussed storage and maintenance philosophy and have plans for more knowledge sharing in the coming months.