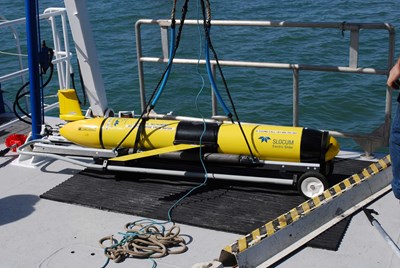 A recent offshore exercise, conducted by Oil Spill Response Ltd. (OSRL), was designed to understand how remote sensing technologies can help detect oil spills at sea more effectively. Utilising the latest in satellite, airborne and in-water surveillance and communications equipment, the highly successful event demonstrated the value of the state-of-the-art technology in identifying and monitoring spills and was conducted with full approval of the Marine Management Organisation (MMO) following a rigorous planning and stakeholder consultation process.

The main surveillance tools and providers involved in the exercise included:

The exercise was showcased through OSRL’s Southampton-based Visualisation Centre, which provided a ‘GIS Platform’, integrating data from each of the technology partner’s equipment as well as oil spill modelling platforms and satellite feeds.

The exercise took place on the 13th June 2017 in open sea off the southern coast of England. A minimal amount of oil was released under carefully controlled conditions and with approval from the MMO. On hand was the full complement of oil spill response equipment and personnel, including a purpose-equipped vessel, containment and recovery equipment, and UK approved dispersant.

“Achieving maximum effectiveness in response to an oil spill incident is based on prior preparedness and understanding the capabilities of the equipment contained within our ‘response toolkit’. As a result, we are constantly reviewing the potential impact the latest response technology can have on further negating the impact of a spill incident. Through the course of this exercise we were able to monitor, evaluate and mitigate the oil – giving us, our members and the general public total confidence in our systems and approach,” commented Robert Limb, Chief Executive for Oil Spill Response Ltd.

The remote sensing technology used was able to identify and monitor the controlled spill, and OSRL was satisfied by the performance of the various new technologies involved. In addition, the response equipment and personnel operated in a efficient and effective manner providing validation of OSRL’s approach.

“We work closely with technical partners to monitor developments in cutting-edge remote sensing technology to identify development opportunities for OSRL and its members. There is no doubt that as part of any oil spill response, both now and in the future, the technology we used on this exercise will continue to play an ever more significant role. Events such as this are vital to staying at the forefront of our industry and to delivering on our commitment to reducing risk and protecting the environment,” Limb concluded.

Oil Spill Response Limited (OSRL) is the largest international industry-funded cooperative. It exists to respond to oil spills wherever in the world they may occur, providing preparedness, response and intervention services. OSRL is wholly owned by most of the environmentally responsible oil and gas companies around the globe, and its membership represents the majority of the world’s oil production. It currently employs 275 people across nine locations around the world.