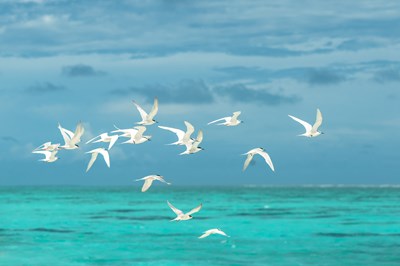 Oil Spill Response Limited and the Sea Alarm Foundation, a non-profit based in Brussels, Belgium, have renewed their commitment to protecting the marine environment, signing a new five-year agreement to increase levels of preparedness for wildlife emergencies.

This latest pledge builds on a 15-year strong relationship between the two organisations and provides OSRL’s members with access to Sea Alarm’s 24/7 technical advice, as well as proactively working together to further integrate wildlife emergency preparedness and response into the broader oil spill preparedness and response systems and structures.

The renewed partnership is accompanied by a new set of strategic objectives for OSRL around Wildlife Emergency Preparedness and Response, focused on expanding understanding, facilitating high levels of collaboration, enhancing preparedness and improving overall response capabilities.

“Recognition for oiled wildlife response has come a long way, in large part thanks to the efforts of organisations like Sea Alarm, and through precisely this type of industry collaboration. Historically, responding to wildlife emergencies it was seen largely as a volunteer endeavour; separate from and less formalised than the wider field of oil spill response. Today, thankfully, things have changed a great deal. It is now recognised by the industry as a core capability and critical component of oil spill preparedness and response good practice.

“The cooperation between OSRL and Sea Alarm is a fantastic example of the power of partnering and collaboration and it has made a real and positive difference to both organisations and to the field of oiled wildlife response. While a significant amount has been achieved to date, future priorities remain, and this new agreement reaffirms the commitment OSRL and its members have towards wildlife emergency preparedness and response.”

"The collaboration between Sea Alarm and OSRL has been highly effective and has continued to evolve of the course of our 15 years of working together. Nowadays we stand shoulder to shoulder, valuing each other and bringing out the benefits of each organisation. We look forward to the next five years of working with OSRL and their Members to help ensure there are preparedness structures in place to support local and international wildlife response efforts, not just for oil spills but for marine emergencies in general."

Sea Alarm are a non-profit organisation registered in Brussels, Belgium. For over 20 years their mission has been to advance a multi-stakeholder approach to the prevention of, preparedness for and response to marine wildlife emergencies, encouraging government, industry and non-governmental stakeholders to:

·       be prepared for an oiled wildlife emergency as part of any oil spill response contingency planning; and

·       respond professionally and effectively to oiled wildlife incidents according to best international standards.

Sea Alarm were recently mobilised by the Dutch Government to serve as a Technical Adviser for the wildlife response to the Bow Jubail oil spill in Rotterdam Harbour in 2018, in which more than 500 oiled swans were successfully rescued and rehabilitated.