Preparing for a Grey Rhino Event

The Shipping Industry has gone beyond ‘Black Swans’ and is now on the lookout for ‘Grey Rhinos’ – should you be too?

No business operates in a vacuum. Instead, we are all part of a complex and competitive ecosystem – beholden to market dynamics and shifts in public attitudes that are largely beyond our control. The shipping industry is not exempt from these external forces and must constantly adapt; whether to new regulatory requirements or other, more singular and individual levers.

One area where some industry players are already going beyond legal minimums is sustainability and the safeguarding of the environment. The shipping industry is taking an increasingly proactive approach to environmental-related risk and spill response is at the top of their agenda; preparing for both the black swan and grey rhino events to mitigate potential long-term business impacts.

As we move past the reactionary steps taken to manage COVID-19’s impact, attentions have turned to the lessons that can be learnt from this unprecedented period. In analysing the diverse range of responses and success rates achieved by governments and companies alike, it is striking to see the disparity between the results of those prepared for an event like COVID-19, and those that were not. The takeaway is clear – never underestimate the impact of the highly unlikely and do your best to be prepared for it – black swan events still happen

For those unfamiliar with the term, ‘black swan’ first appeared in 2007 when statistician and former trader, Nassim Nicholas, published his influential book: ‘The Black Swan: The Impact of the Highly Improbable.’ Instantly popular, its release preceded the start of the 2008 financial crisis and meant the book’s timely message resonated with the finance community and beyond. Specifically; the term ‘black swan’ gained global recognition as a simple description of an event that cannot be predicted in advance but that can have a significant impact.

As is suggested by the author’s choice of metaphor, black swans are genuinely quite unusual, making spotting one almost impossible to plan for. However, how many business-impacting events are actually black swans compared to the number that could be better classified as a grey rhino?

A grey rhino, something you can see coming – but only if you are willing to look

The concept of a grey rhino was popularised by Michele Wucker whilst addressing World Economic Forum in Davos in 2013. Three years later, the American author published: ‘The Gray Rhino: How to Recognize and Act on the Obvious Dangers We Ignore.’ In it, she details how a grey rhino, unlike a black swan, is something you actually can see coming – but only if you are willing to look.

It was well-timed advice; asking first to identify and then safeguard against specific risks, however unlikely they may seem. The message resonated because it reflected the trend towards a more judicious approach to managing an organisation’s operational exposure, and the broader shifts in society’s attitudes and opinions, especially on topics relating to the safety and wellbeing of personnel and the protection of the environment.

It is now recognised that with the proliferation of social media platforms and the rise of online social activism, issues can escalate faster than ever before. Equally, ‘cancel culture’ means the damage done to a reputation in 2020 could be considered harder to recover from than in the past and incur a higher cost. As a consequence, there's more sensitivity to reputational risk, especially in the context of societal shifts. Today, when predicting the cost of any future event, grey rhino or otherwise, calculating the potential reputational cost is a key criteria for determining the likely long-term business impact.

If these trends don’t concern you, they should. They are a direct reflection of the views of society today – driven by consumers’ increasingly critical focus on the brands they interact with, and those they don’t. For them, and the next generation of young adults, environmental protection and sustainability represents central pillars of a responsible organisation, and they will not align themselves with any business they decide is not in lockstep with their world view. These decisions are often driven primarily by emotion and don’t always reflect the facts, so it’s worth remembering that once a narrative has been set, it can be almost impossible to reposition the story to reflect the realities of the situation.

There is also another emerging dynamic at play, one that is very much specific to the shipping industry. Owners of tankers are increasingly expected to demonstrate to the cargo owner the preparedness and other initiatives they have enacted to ensure safety of personnel and the protection of the marine environment, often exceeding legally mandated standards. This increased level of interest is motivated almost entirely by the cargo owner’s reluctance to accept the risk of reputational damage through the activities of the tanker operator.

As mentioned, the shipping industry is not immune to these shifts and is equally responsible for responding to them effectively. Thankfully, starting in the 1970s, the industry has made huge strides towards safeguarding its people and the environment. According to ITOPF, over the past five decades we have witnessed a significant reduction in oil spills, from more than three million tonnes a year in the 1970s, to less than two hundred thousand tonnes a year by 2010.

As the tanker industry rightly celebrates this remarkable feat, we shouldn’t overlook the fact that the downward trend in the number of oil spills from ships has plateaued over the past decade and several other risk factors have notably increased in the same period. Those shifting factors have already driven several businesses to make bold statements relating to sustainability. For example, global investment giant, BlackRock, announced in 2018 it would put sustainability front and centre of its investment decisions – a position driven, at least in part, out of fear of exclusion from the growing number of pension funds and other institutional investors that will only invest if the organisation’s behaviour, activities and sustainability credentials stand up to scrutiny.

Closer to home, the Sustainable Shipping Initiative represents a cross-sector coalition of companies and non-governmental organisations, including several shipping owners, charterers and operators. They work together to drive a sustainable agenda within the industry, with ‘proactively contributing to the responsible governance of the oceans’ recognised as one of its top-level objectives.

Much attention was paid to the United Nations’ General Assembly when it revealed its 2030 Agenda for Sustainable Development. The implementation of that commitment now continues at pace, with the recent IMO2020 regulation limiting sulphur content in marine fuels a prime example.

Whilst meeting current and emerging regulations is a given, the universal commitment of shipping owners and operators to invest the required resources to identify and negate potential grey rhino events is still to be evident. Grey rhinos are about preparing for highly probable events that potentially could have a high impact. They are often neglected, are not random surprises, but occur after a series of warnings and visible evidence. Negating the risks associated with these types of events requires a more proactive mindset, one willing to go beyond minimum legal requirements and display a commitment to the highest possible levels of preparedness and environmental protection.

This trend is manifesting itself through more progressive players within the shipping industry; those looking to augment existing levels of incident response, fill any perceived gaps in coverage and ensure the shortest possible response time should a spill-related incident occur. In turn, response organisations, like OSRL, are supporting new and existing shipping members and stakeholders in their journey to improve all oil spill preparedness and response readiness metrics, and to increase the response resources available to them in the event of a spill.

Plan for the best, prepare for the worst

Overall, it is vital to embrace the old adage, ‘plan for the best, prepare for the worst’. The unpredictability of a spill, the impact it can have on the environment, and on the responsible party’s business, now calls for a more prudent approach to regularly reassess potential risks and their consequences, and to apply commensurate levels of risk mitigation. Grey rhinos may be difficult to spot but the cost of not preparing for them is undoubtedly greater. 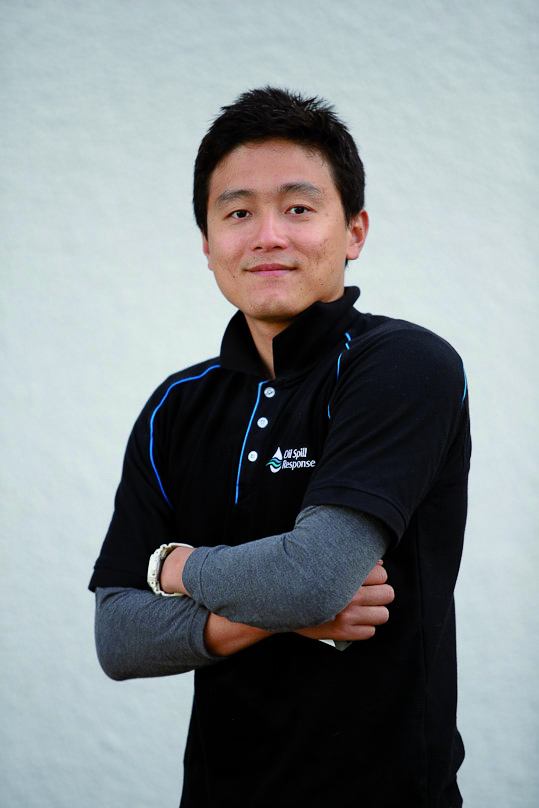 James Tan
James is a Senior Spill Response Specialist within OSRL and has responded to numerous spills in the Asia Pacific region since joining the Singapore office in 2013. He is a firm believer of a prudent approach in oil spill preparedness and currently heads the External Engagement in the Asia Pacific Region.