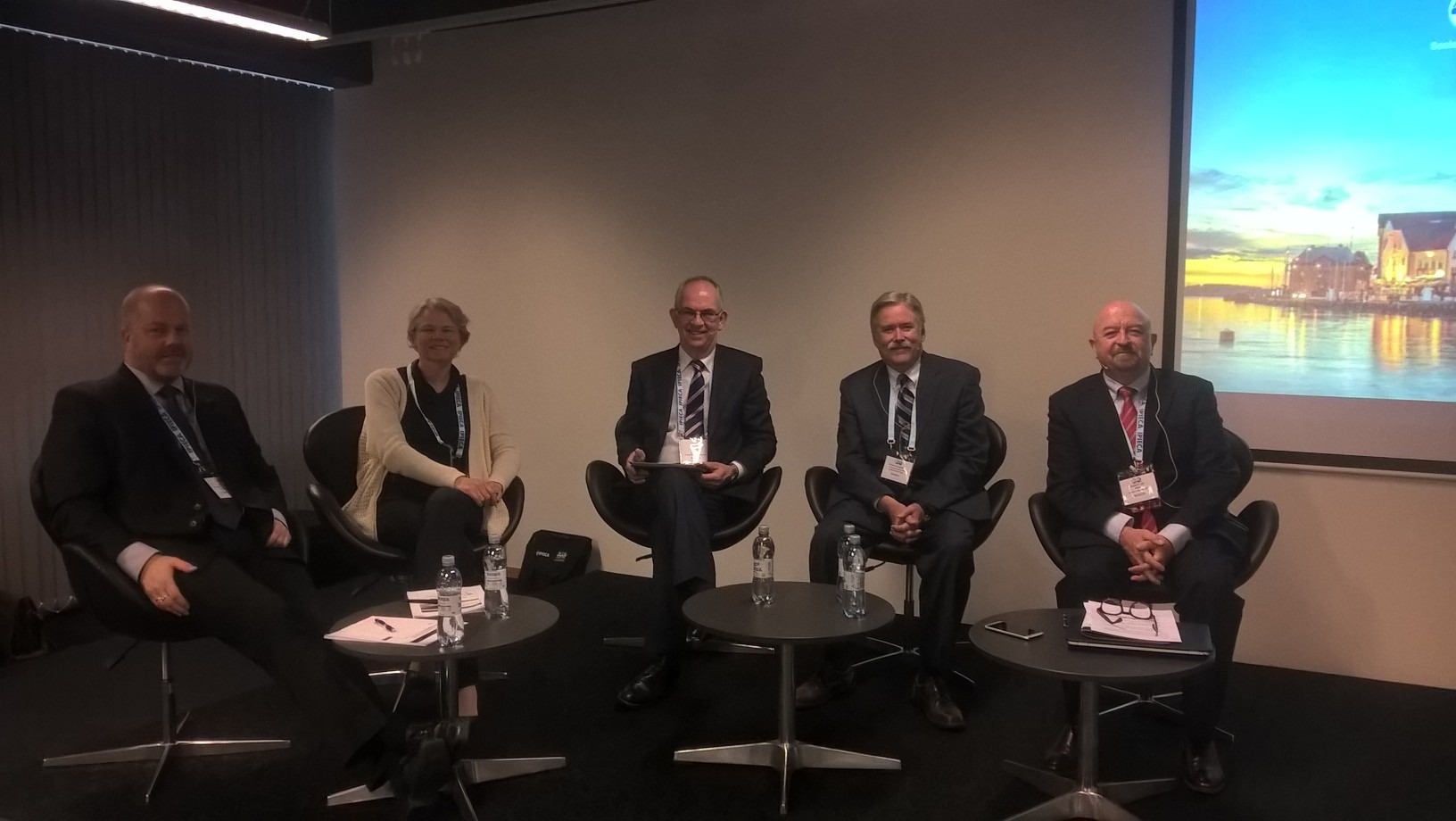 The Society of Petroleum Engineers (SPE) International Conference and Exhibition on Health, Safety, Security, Environment and Social Responsibility (HSSE) took place in Stavanger, Norway between 11th and 13th April.  Over 700 delegates from all over Europe and beyond attended this 25th Anniversary event.

The conference regularly featured five parallel streams reflecting the distinct disciplines indicated in the (long and cumbersome) title of this well-established industry event.

One of the featured sessions considered the human behavioural aspects of safety management and explored the concept of system-one thinkers (Fast, automatic, frequent, stereotypic, subconscious) compared with system-two thinkers (Slow, effortful, infrequent, logical, calculating, conscious) in their approach to safety.  Another session compared the cultural approach to health and safety in the oil industry compared with the airline industry.  The conference heard from two former pilots who described a very flat structure when it comes to safety reporting and analysis.

The headlines will probably be taken by a cross-cutting plenary focused on the issue of climate change.  The debate has moved on and is no longer about the alleged impact of fossil fuels  on climate change but more about the role the oil industry has to play in helping the world meet the ambitious targets set at the Paris Agreement  of the UN Framework Convention on Climate Change (also known as COP 21).  Under this intergovernmental agreement, signatory states agree to limit the rise in global temperatures to within 20C of pre-industrial levels through a range of technologies to eliminate, sequestrate or otherwise restrict the release of CO2 into the environment.  This is likely to have radical and far reaching consequences for an industry that is built upon the extraction, processing and distribution of fossil fuels.

Closer to home, OSRL’s focus was on a more traditional “environmental” theme.  Although the exhibition was smaller than usual, our booth was well frequented by visitors from our members and many others with enquiries about our response and preparedness services in all its forms.

We also teamed up with IPIECA to organise and run an environmental panel session devoted to developments in the post-Macondo / Montara world, and in particular, how the learning from those significant events are now being applied through regulators and also through the self-regulation of the oil industry itself.

The panel session was chaired by Declan O'Driscoll, OSRL Technical & HSEQ Director, and facilitated by Rob Cox (IPIECA). Each panellist gave a short scene setting presentation followed by a panel discussion with questions from the audience.

The panel session was well received and sparked off a number of questions from the audience which were expertly fielded by Rob Cox acting as the session moderator.

There were many other interesting thought provoking sessions which included over 160 technical presentations and e-poster presentations.

Although, not surprisingly, attendances overall were slightly down compared with initial expectations, the event proved as a timely reminder that HSSE is a vitally important consideration for the oil industry irrespective of the financial operating conditions which prevail.

Andy has over 30 years’ experience in oil spill preparedness and response in Government and Industry. Andy trained at the College of Maritime Studies, Warsash where he qualified with a TEC Diploma in Nautical Science and a DOT Class 3 Certificate of Competency (Deck Officer). Andy has fulfilled several roles at OSRL including Response Technician, Principal Trainer, Incident Manager and Industry Outreach Manager. He joined IPIECA in 2018 on secondment from OSRL, providing general technical support to the IPIECA secretariat and managing the IPIECA Oil Spill Group (OSG).