After many cancellations due to COVID, OSRL finally attended the first joint Cold Weather training in two years. NOFO invited us to attend a NOFO organised exercise at the ENI Response Base in Havøysund, Norway. The exercise involved up to 30 personnel from NOFO plus three from OSRL, Bjornar Fonn, Mark Keightley and myself.

Before the exercise week, the weather in the UK had been glorious. Still, the weather was set to be very different in Norway.

The trip from the UK involved two flights and a drive. Havøysund has one road in and out that crosses several mountain passes.

The drive went smoothly with minimal traffic. On arrival at the hotel, the weather front moved in. During the night, strong winds and snow arrived in proper Arctic style. The roads in and out of town were closed that evening due to the weight of snow and high winds.

On Tuesday, the exercise started with a full brief detailing all the objectives and the equipment we would be using. The initial plan was for a RO-Boom deployment using several craft to protect the bay.

However, due to the strong winds, it was impossible to launch the boats and execute plan A of the exercise. The wind and swell conditions made the practical deployments impossible, so NOFO switched to plan B. The group then divided into several teams, conducting several different training stances. These consisted of a quayside RO-Boom deployment, Foxtail skimmer, command tent, peristaltic pump, lighting set and tent heaters.

There was a chance of deploying the boats on day two, but the wind was still strong in the morning. We continued with static training, aiming to finish just after lunch so that people could start to travel home.

Since we had arrived in Havøysund, the road out had been closed due to multiple avalanches blocking it. Norway does have a contingency for road closures, for groups of cars to move in set convoys behind a snowplough.

We arrived at the vehicle meeting point only to find there were no convoys that day and that engineers were looking at the state of the road due to the avalanches. The next update would be Thursday at 1000, but there were no guarantees it would open. We ended up taking a Hurtigruten (a Norwegian coastal ferry service).

What turned up was not our initial vision of a ferry, more like a mini cruise ship. After a two-hour cruise, the boat docked at Honningsvåg, which is very close, as far north as you can go by car in Europe. From here, we had a few hours to drive to the airport. 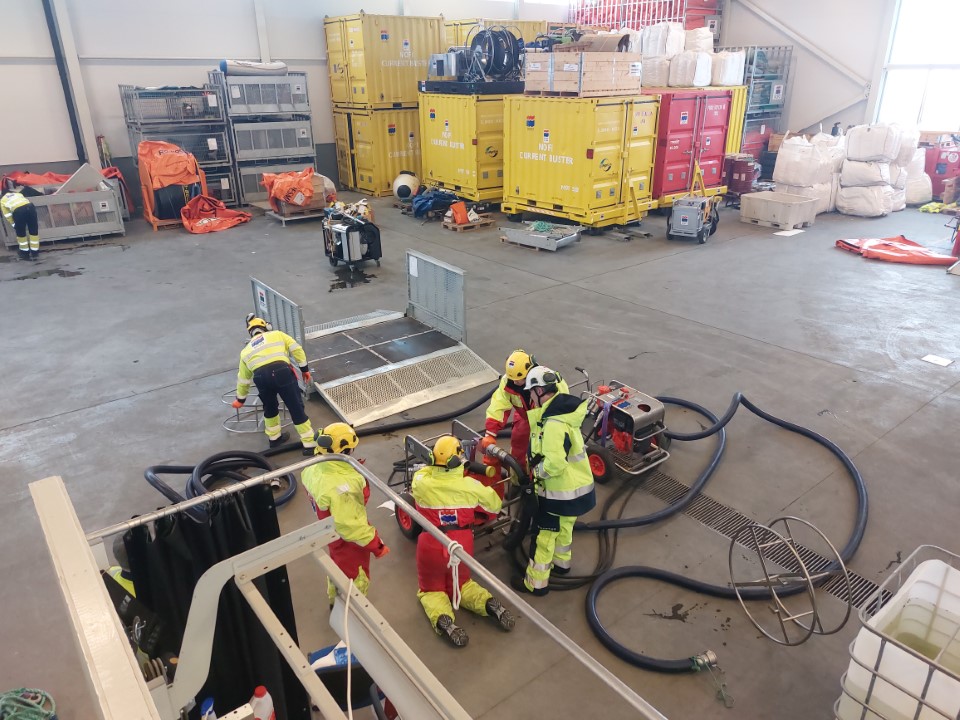 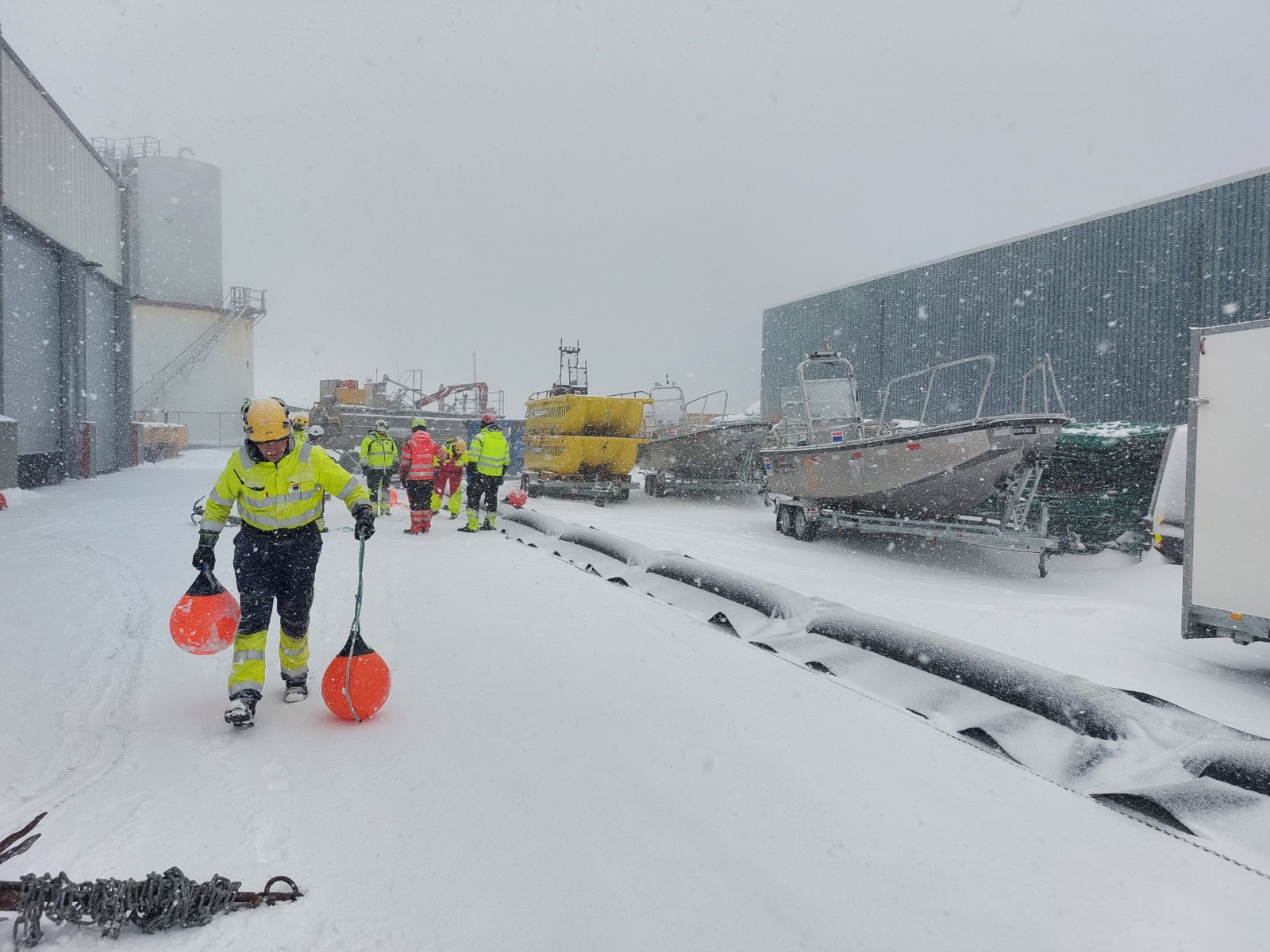 Thanks to NOFO for the exercise invite and for hosting us. Thanks also to the OSRL travel team, who managed to rebook our flights and accommodation at the last minute due to the delays.

Although we didn't achieve all the deployments, we continued our excellent relationship with NOFO. We also experienced some icy and harsh conditions, which reiterated just how difficult it could be to work in this environment.

What makes a great exercise