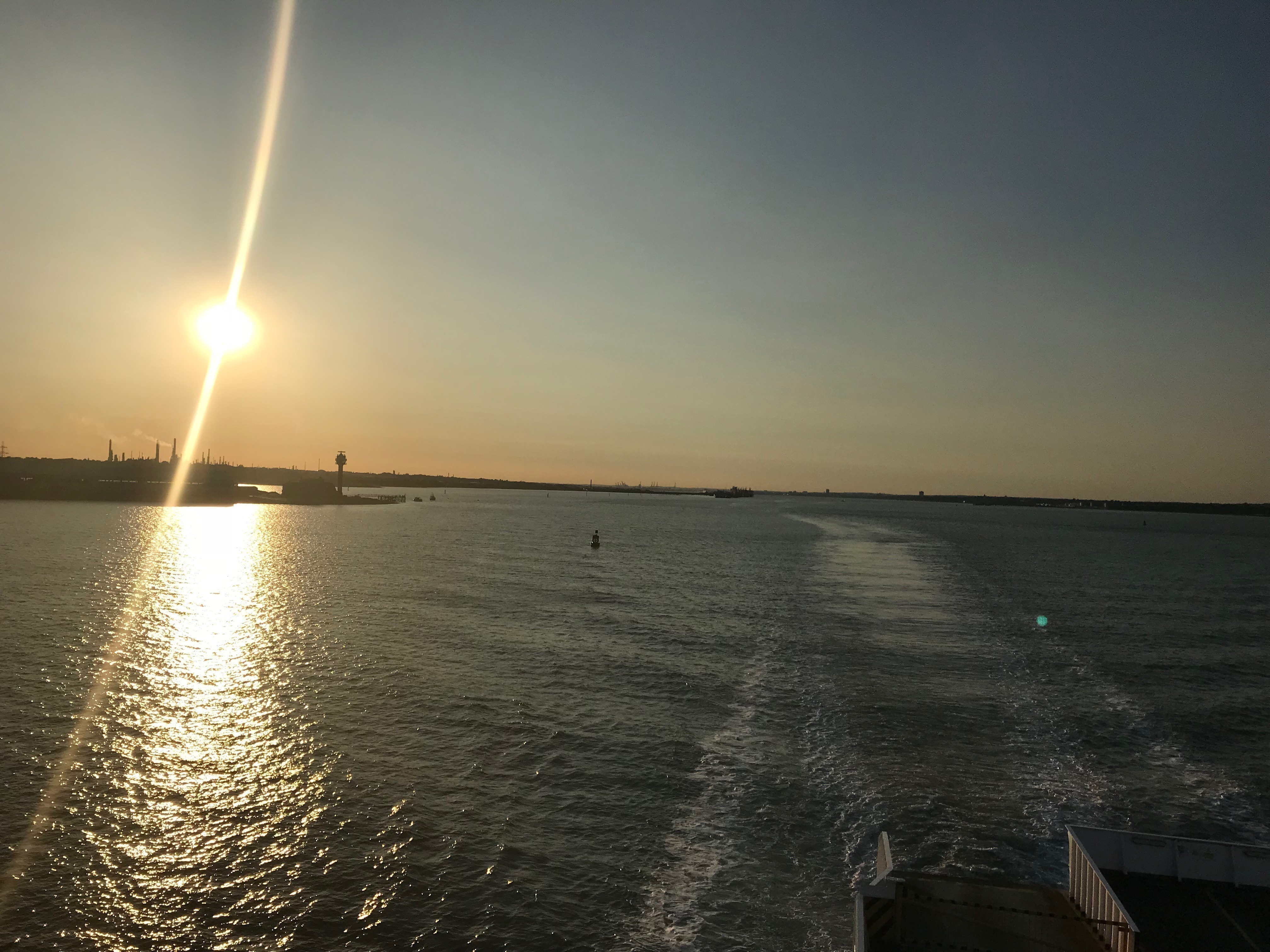 OSRL's Offline course is put in place to train new staff, like myself, in the world of oil spill response. This extensive 11-week course covers health & safety, spill management, offshore, shoreline, inland and surveillance monitoring when responding to an oil spill to name but a few. We learn both theory in the classroom and applying it then practically in the set environment.

This is my five-day diary from our final week, giving us the ability to demonstrate what we have learnt over the past 10 weeks in a practical exercise. Although we had no idea what was in store for us everyone was excited and ready to get started.

It was an early start with the mobilisation call coming in around 4:50am. Within an hour everyone had arrived. We were briefed on the spill information and immediately started listing down what was needed and next actions. From our recent training putting together things like assay sheets, marine charts and other oil spill concepts was almost second nature.

After presenting our strategy to the ops team, we took the feedback on-board and started loading the kit ready for a big week on the Isle of Wight, off the south coast of the UK. 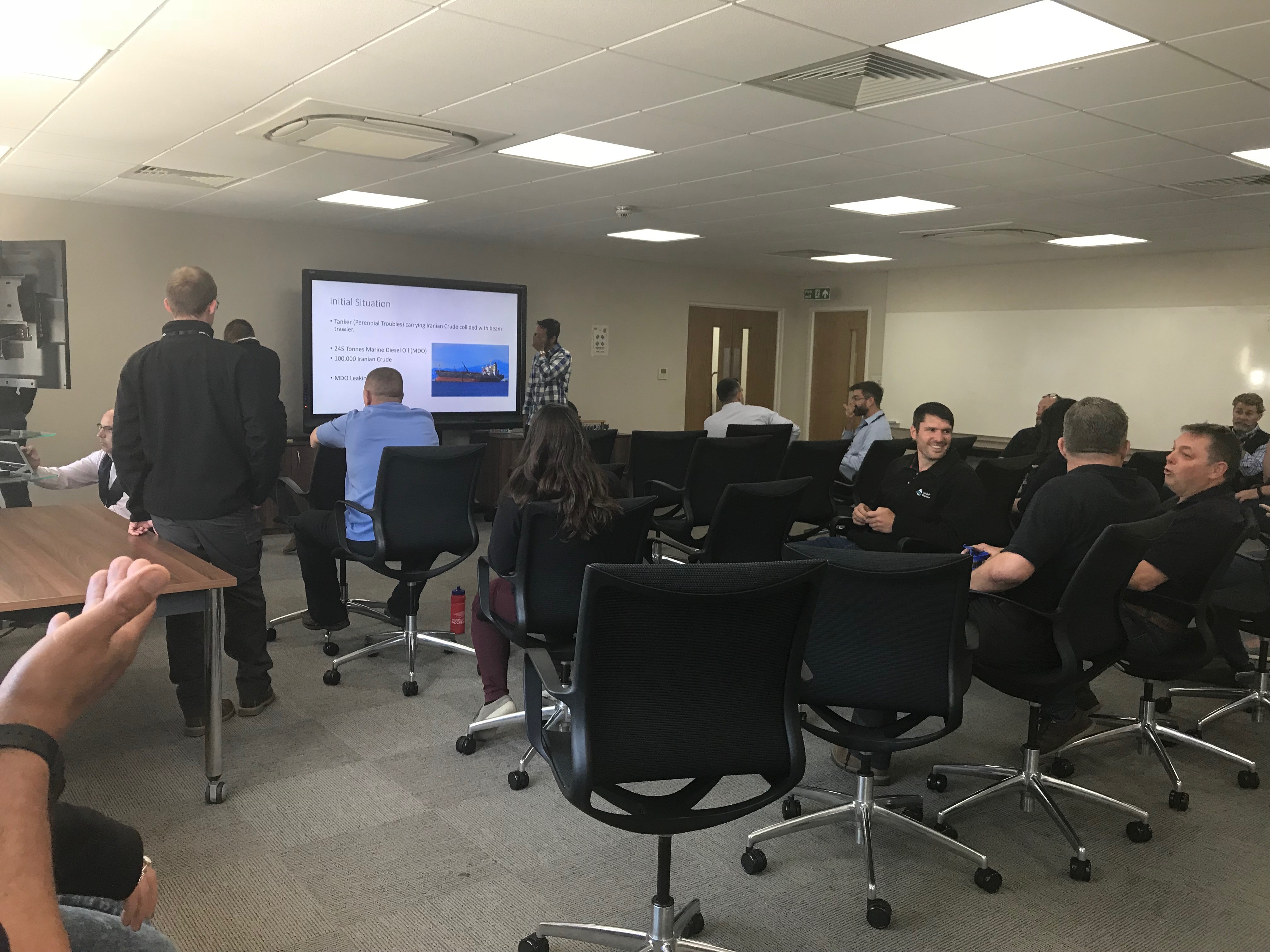 We were split into two groups. One group conducted offshore operations and the other was on the shoreline. The shoreline group did a Shoreline Clean-up Assessment Technique survey to get an overview of the geology, extent of oiling at the impact site and to make initial recommendations on a response strategy.

The offshore team set up the Ro-boom to collect oil and utilised the termite skimmer as a recovery device. AFEDO nozzles were also operated to demonstrate a fictional dispersant operation. 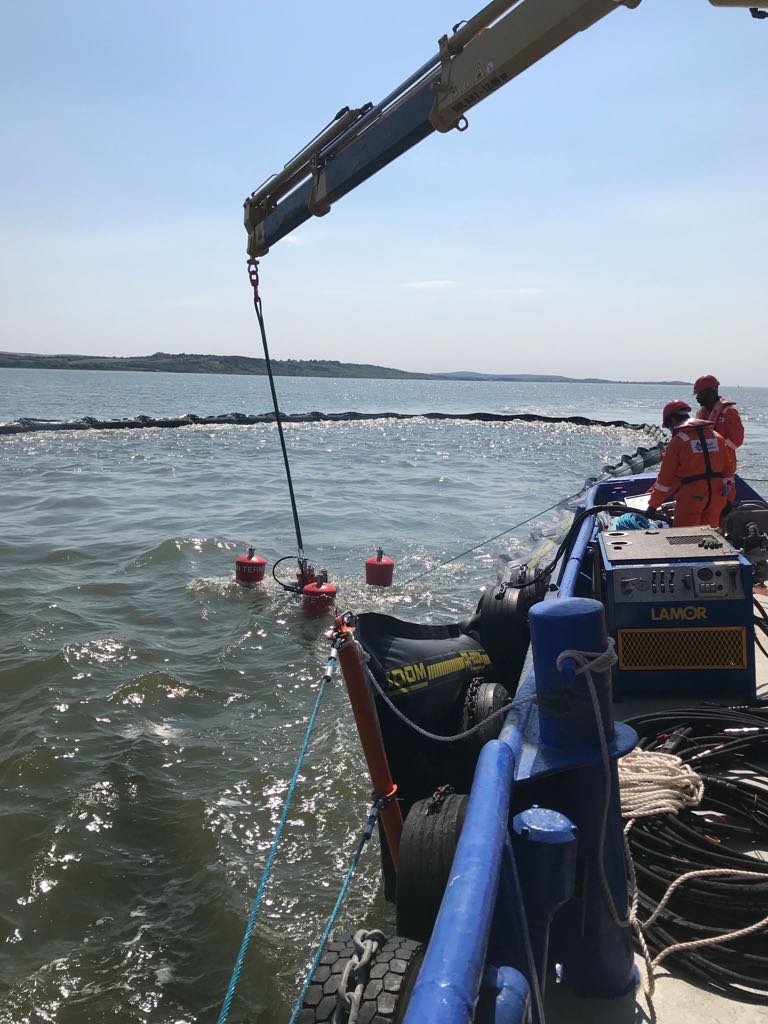 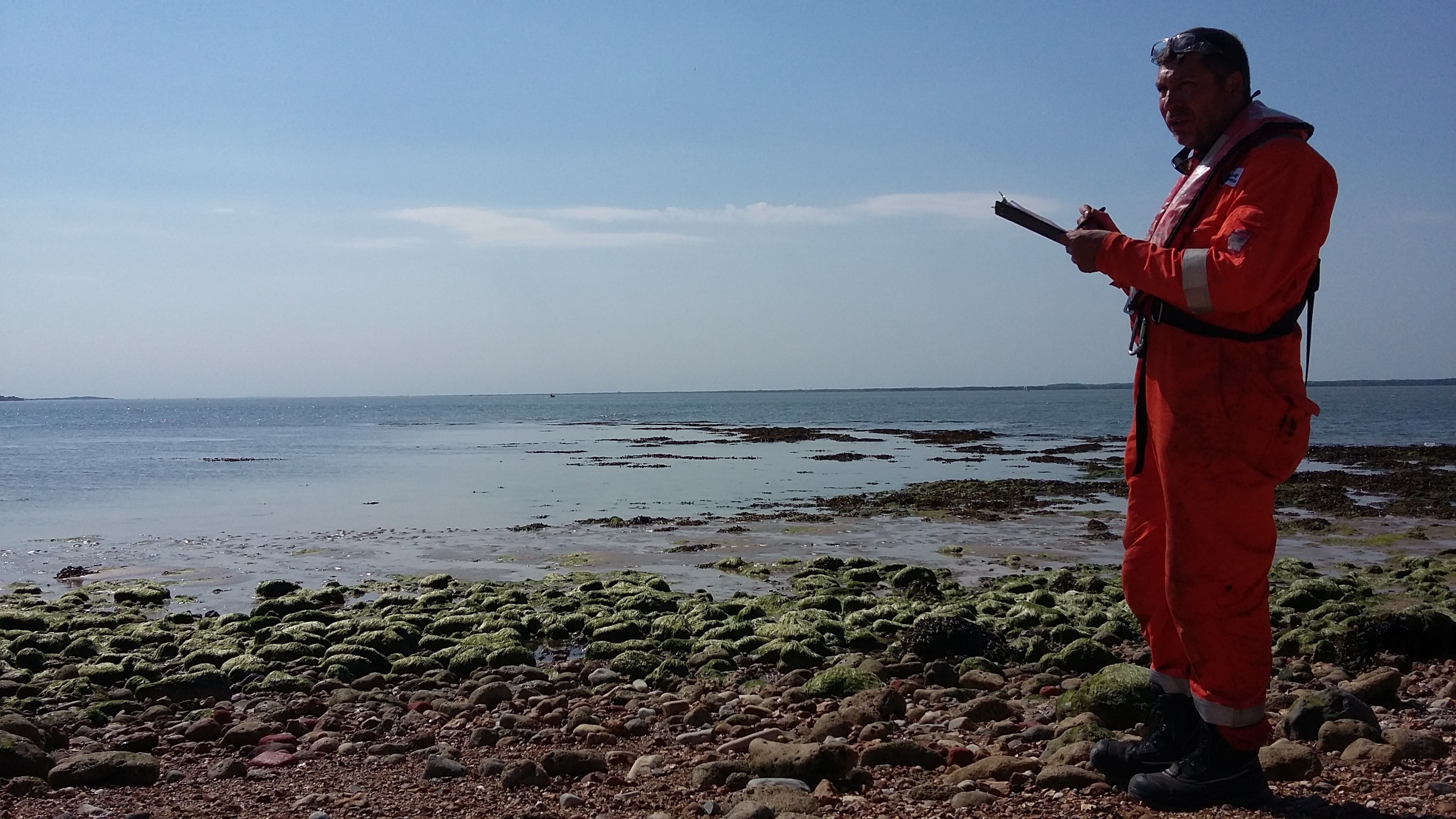 We were given the 204 IMS briefing document. The command tent was set up as the centre for our shoreline operations and our hot, warm and cold zones were designated. Two cascade booms were set to collect oil and a Komara 7k skimmer was used to recover oil.

Names were then put into a hat and randomly taken out to nominate shifts for a long night of boom watch. 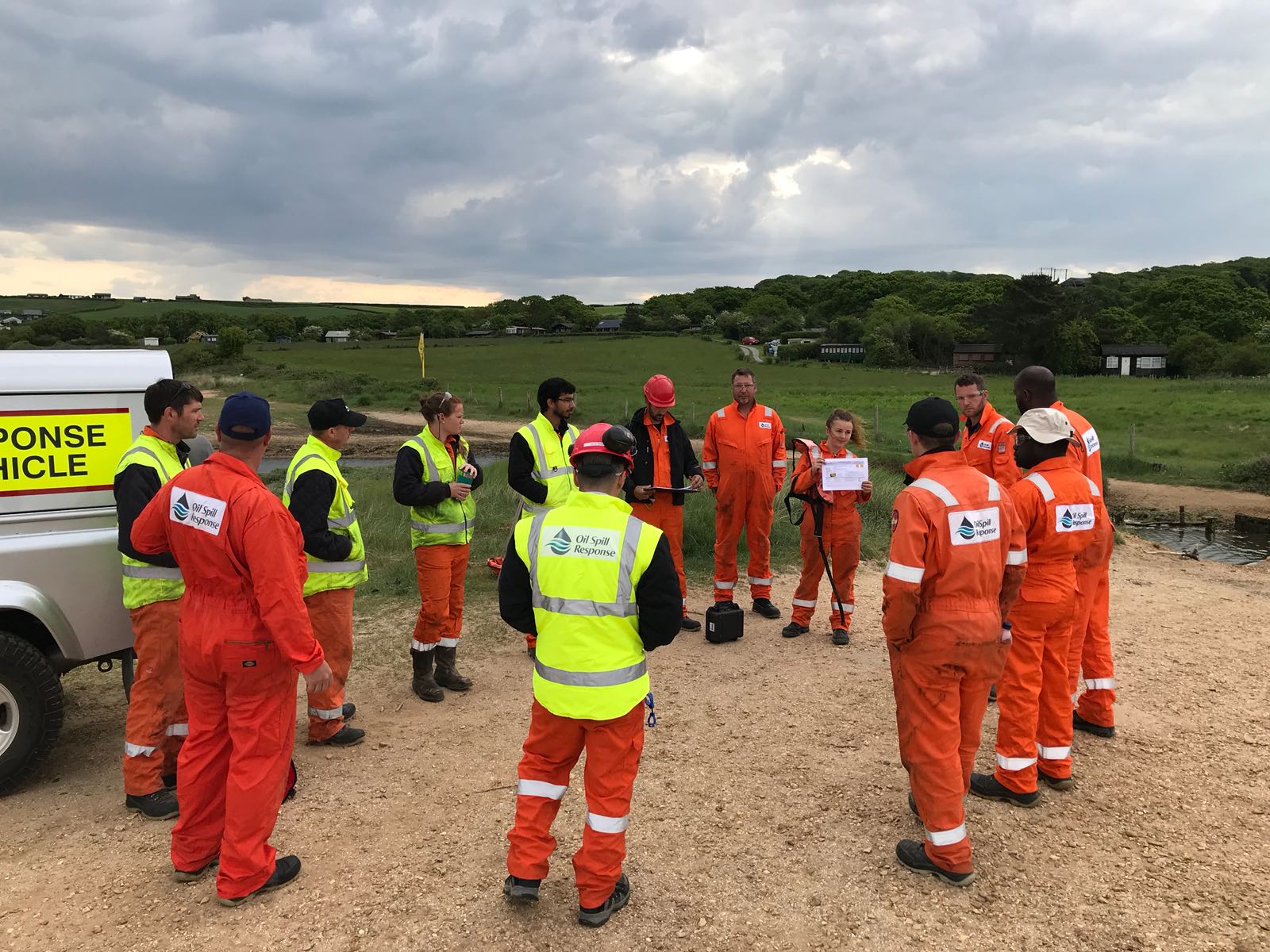 We were given the task to set up a horseshoe boom formation to contain oil remobilised by a low pressure high volume flushing operation. A minivac system was then used to recover the collected oil which went through a stage pumping system between two fastanks. In addition, we set up a damming site with the shore guardian boom to mitigate oil flowing down a beach stream. 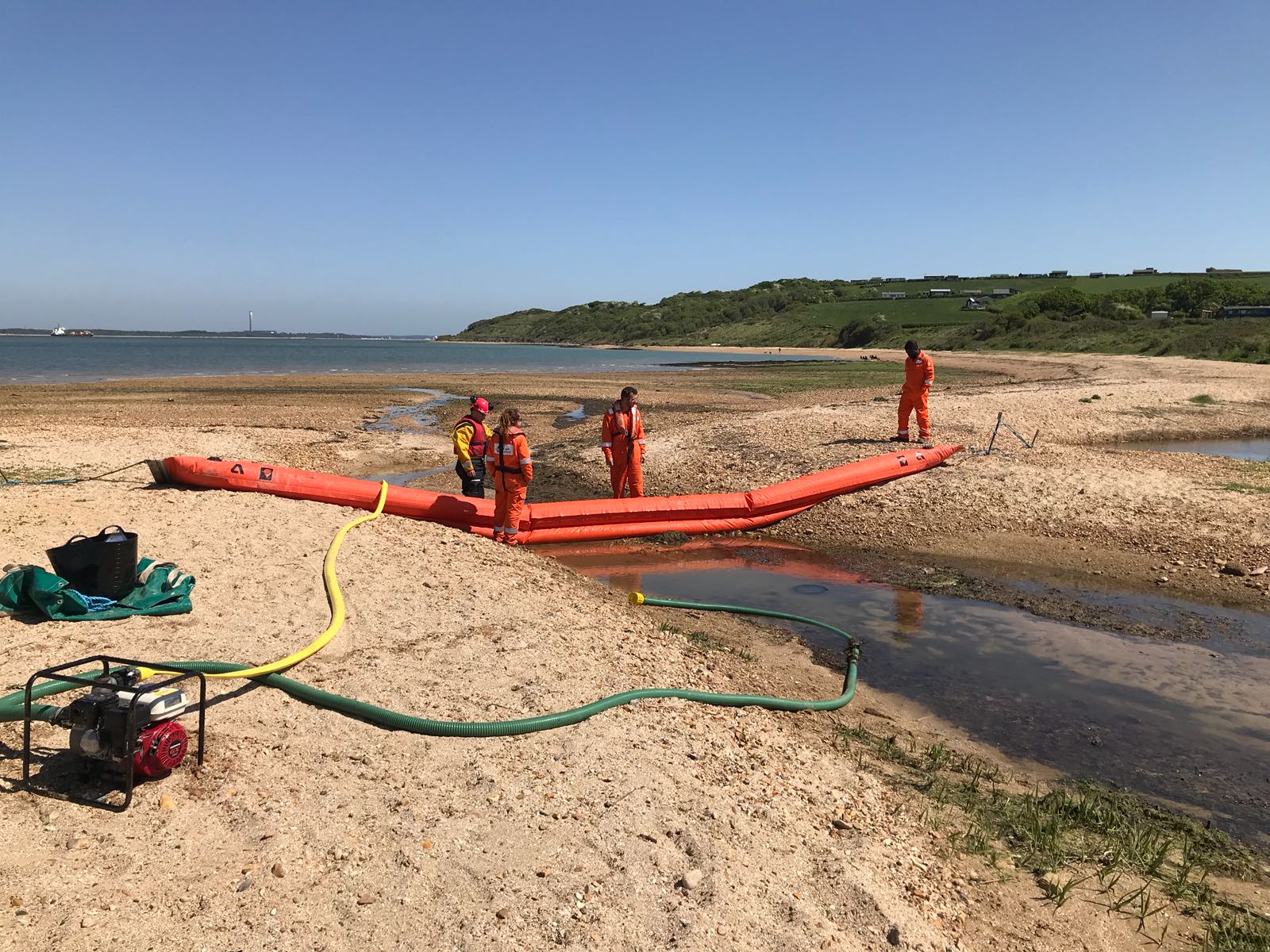 After a big week of operations and carting around boom bags everyone was glad to get on the early ferry and get back to the Southampton base. Once we arrived on base, we got changed one last time for the week to unload the kit ready for rehabilitation next week. 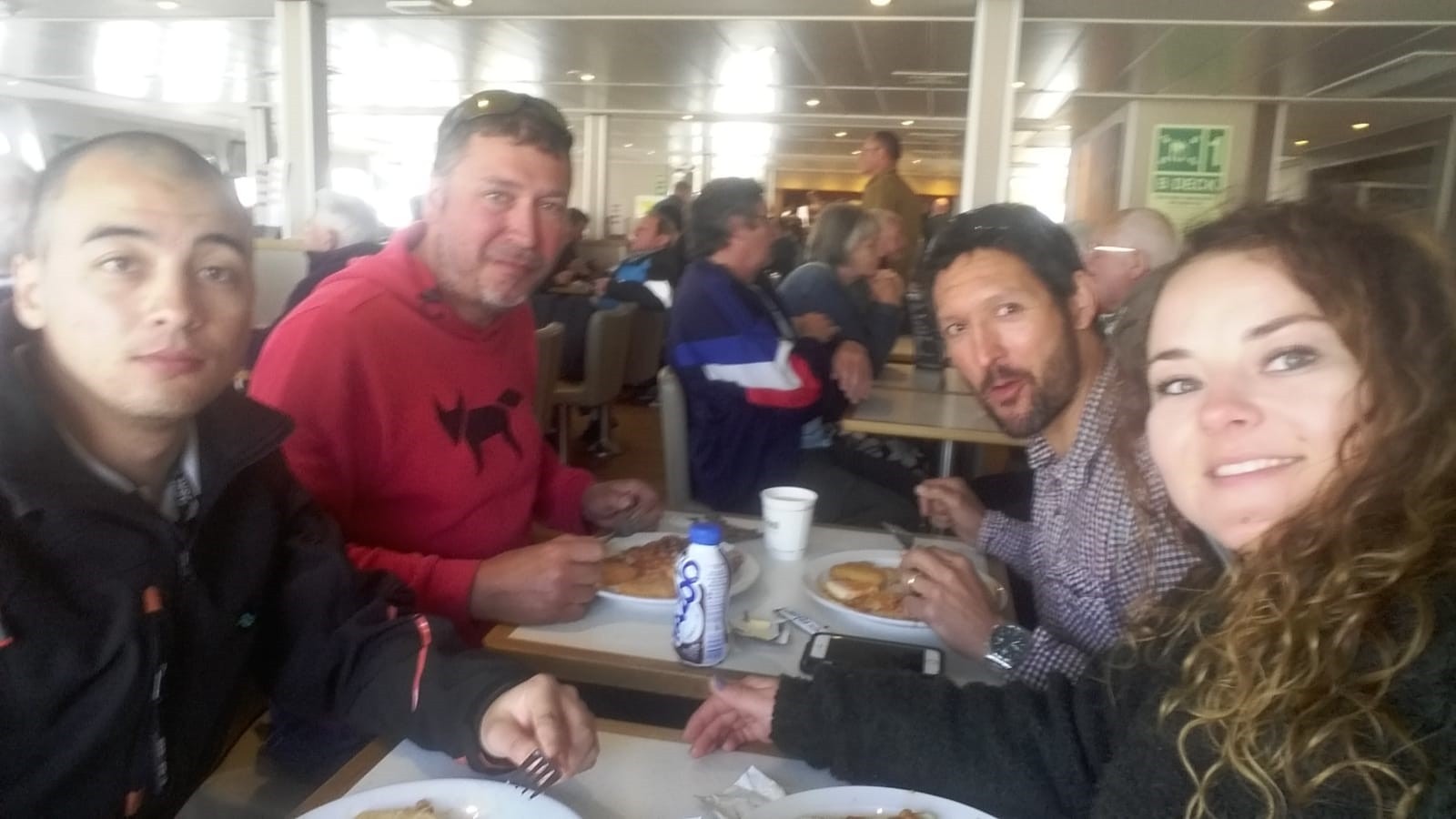